War and Revolution in the Middle East: Unrest in Libya: ADDARIOLIBYA_23 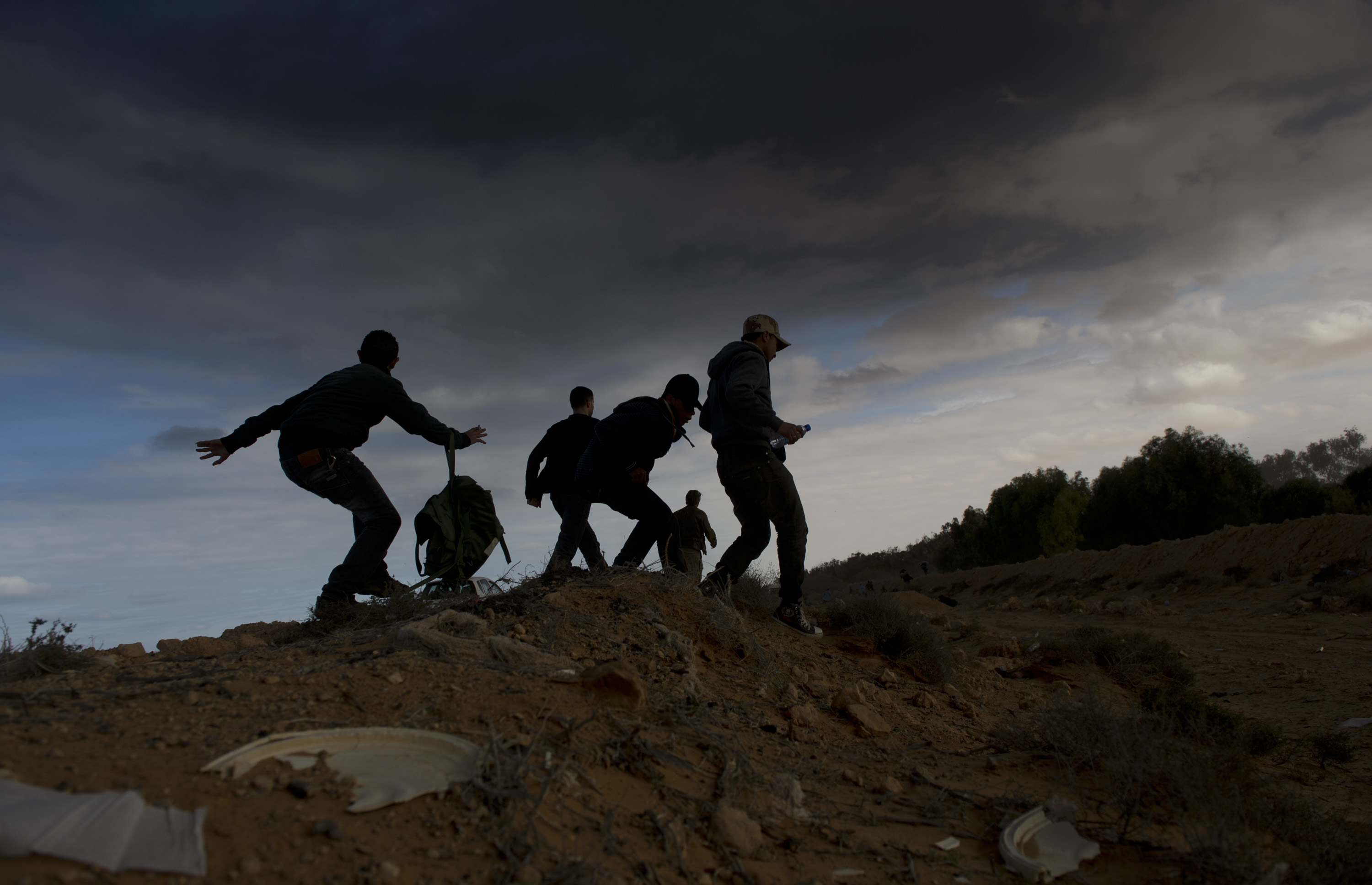 Libyans with the opposition run for cover as a plane flies overhead, and artillery strikes land nearby, and smoke burns on the horizon during a day of heavy fighting and shelling on both sides between opposition troops and troops loyal to Qaddafi in Ras Lanuf, in Eastern Libya, March 9, 2011. Dangerous confrontations have been going on between opposition forces and those loyal to Col. Qaddafi across Libya.