War and Revolution in the Middle East: Unrest in Libya: ADDARIOLIBYA_21 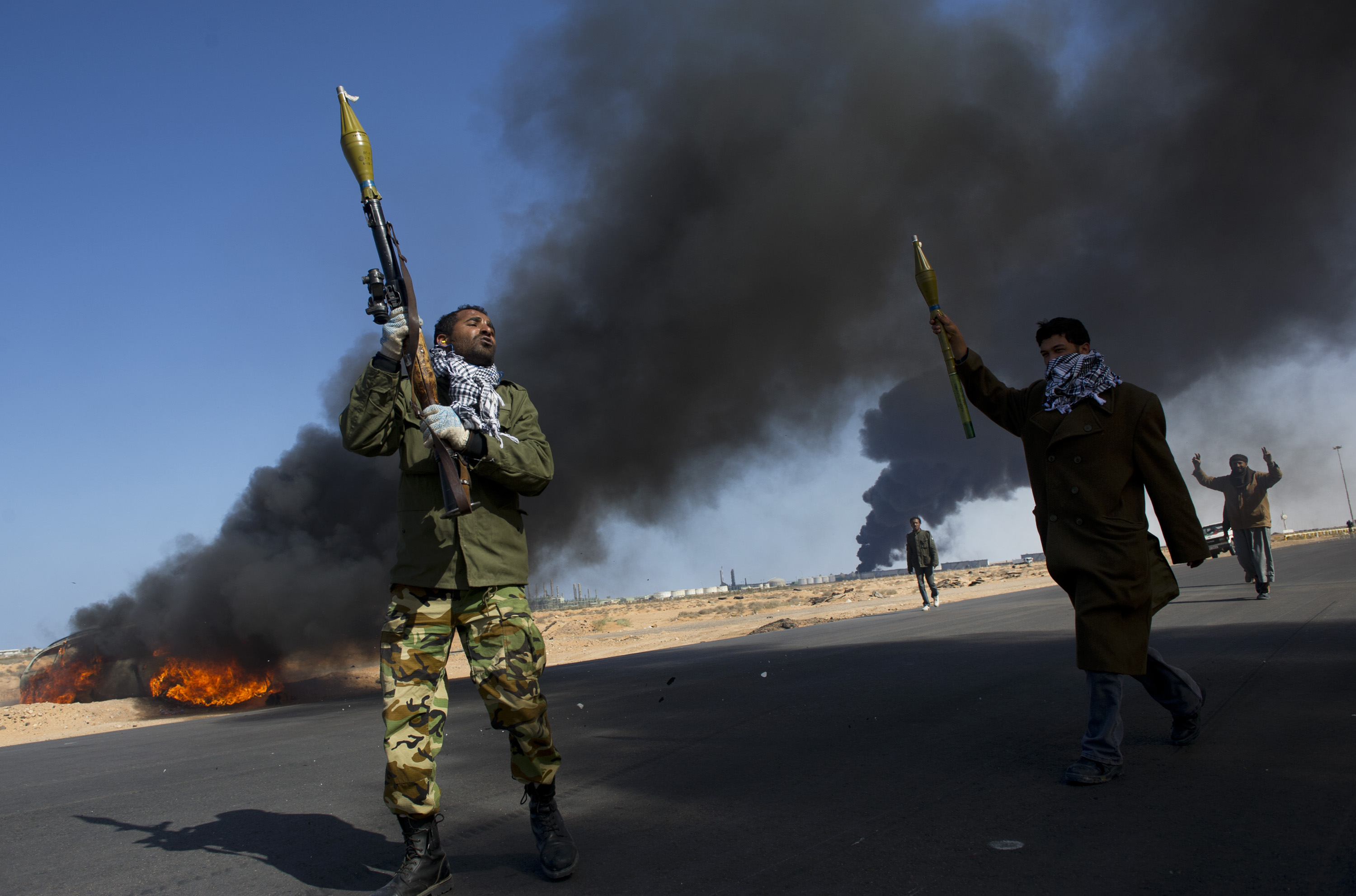 Opposition troops burn tires to use as cover during heavy fighting, shelling, and airstrikes near the main checkpoint near the refinery in Ras Lanuf as rebel troops pull back from Ras Lanuf, in Eastern Libya, March 11, 2011. Qaddafi's troops have been advancing East, and re-taking territory that had previously fallen to the rebels, as they batter the rebels with artillery and air strikes.