War and Revolution in the Middle East: Unrest in Libya: ADDARIOLIBYA_15 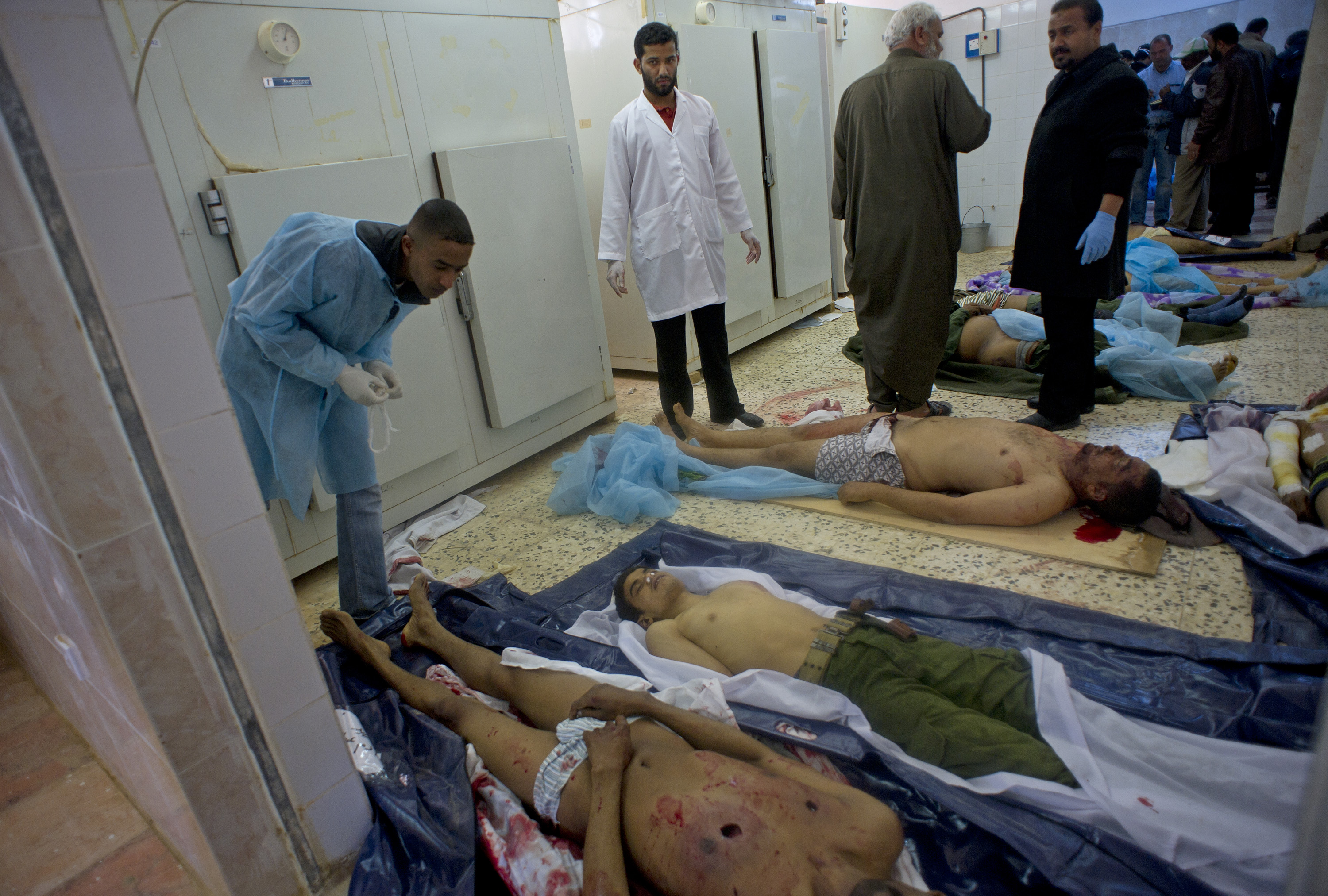 Male relatives and hospital workers wash the body of a nine year old boy in preparation for his burial, after he was killed while herding sheep in yesterday's fighting the day before in the hospital in Ajdabiya of those killed during fighting yesterday in al Brega, when Qaddafi's military fired air strikes and sent in ground troops around Al Brega to fight against opposition forces, in Eastern Libya, March 3, 2011. Dangerous confrontations have been going on between opposition forces and those loyal to Col. Qaddafi across Libya.