War and Revolution in the Middle East: Syria's Refugees: webbrides003 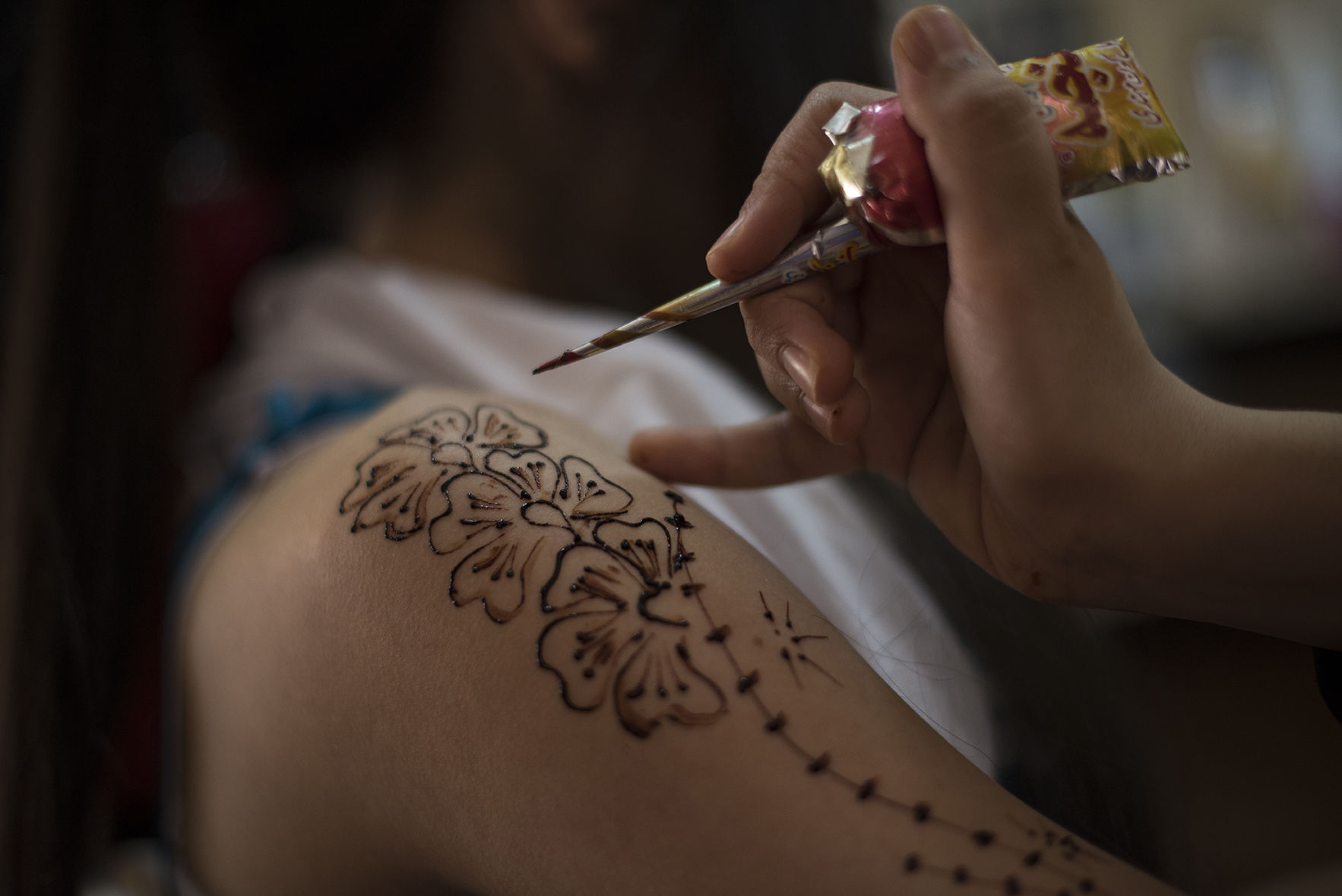 Noor, age unknown (roughly 16), is painted with traditional henna designs as she prepares for her wedding later that day in a beauty salon in the Zaatari refugee camp in Jordan, August 25, 2014. While marriage under the age of eighteen was a common Syrian tradition before the start of the civil war, more and more Syrian girls are marrying at a younger age because of the insecurity of the war, because many families feel the girls in their family may be sexually harassed if they are not under the care of a husband, and because of prospect of alleviating the financial burden of one more mouth to feed.