War and Revolution in the Middle East: Syria's Refugees: SYRIAHUMANITARIANADDARIO024 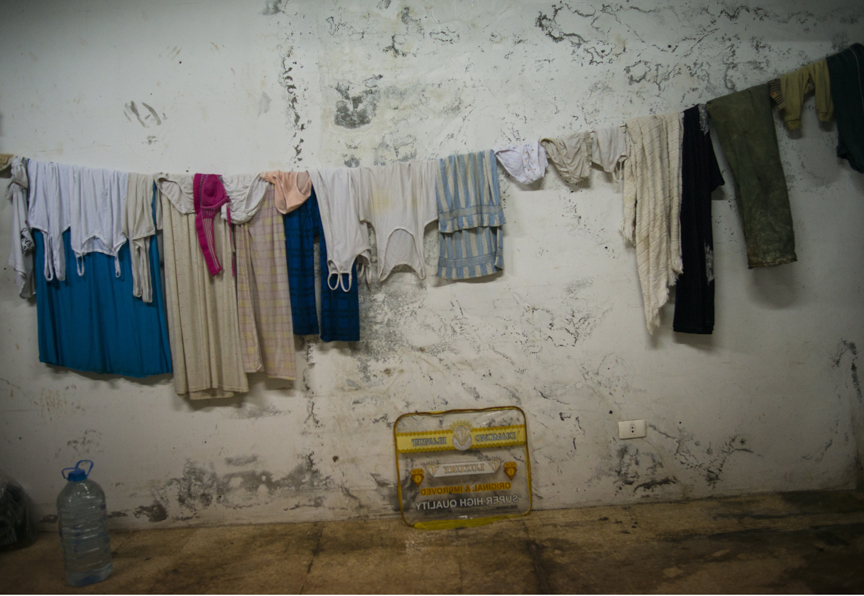 A poor Sunni family lives in a moldy storefront in the Christian village of Jezzine, in Lebanon, January 18, 2013. Lebanon has been refusing to set up typical tent camps for refugees in the manner Turkey and Jordan have done, and so refugees are forced to live underneath commercial buildings, in makeshift tents, and with families around the country. The United Nations estimates that the number of Syrian refugees currently in countries bordering Syria has risen to 600,000, and have registered roughly 200,000 in Lebanon, alone. Because of the surge in refugees, Syrians are finding they are being welcomed in some Lebanese villages more than others, often depending on religious sects and local politicians.