War and Revolution in the Middle East: Syria's Refugees: ADDARIOSYRIANREFS030 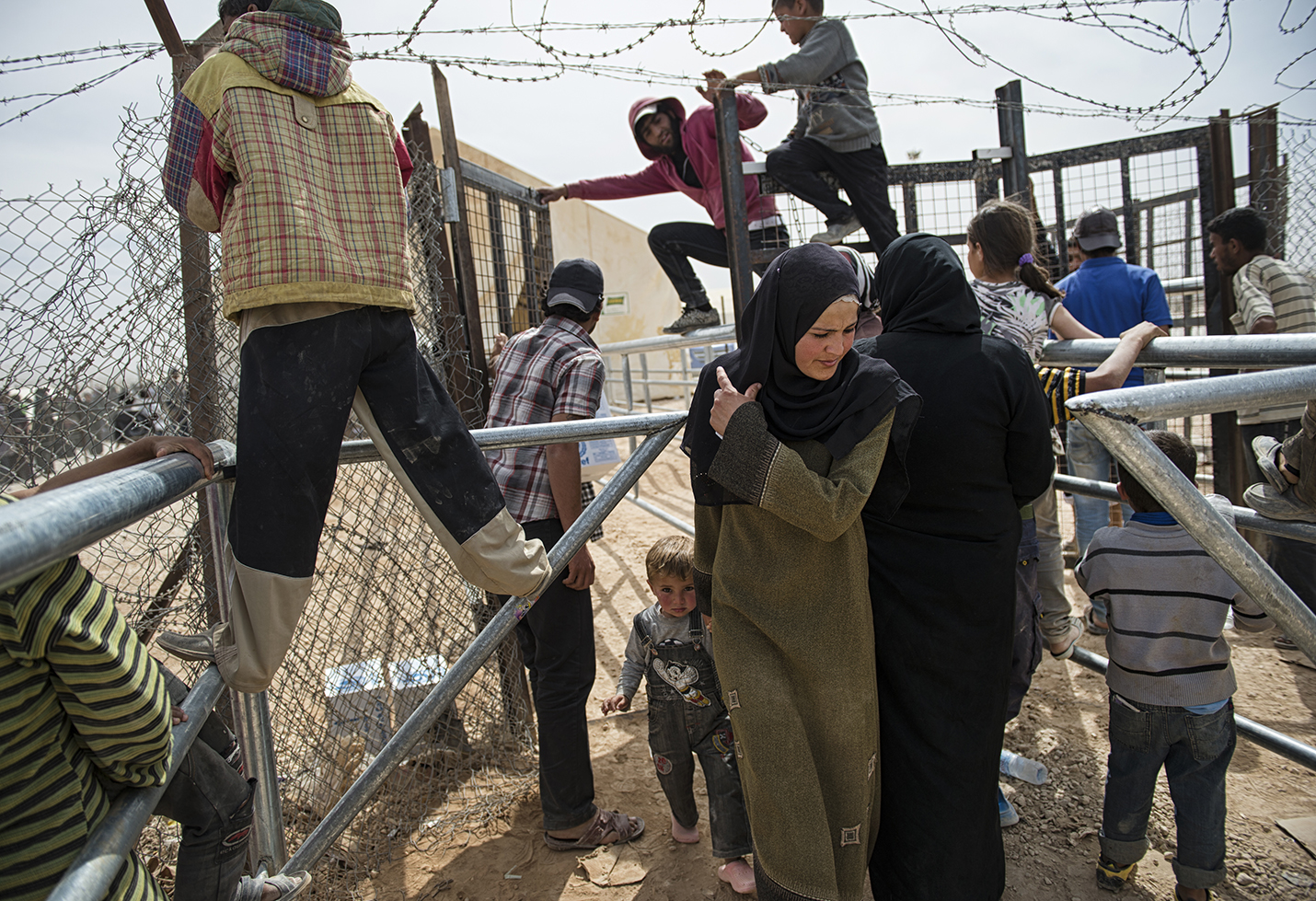 Syrian refugees leave a food distribution administered by the World Food Program and UNICEF at the Zaatari refugee camp in Jordan, April 7, 2013. Roughly 100,000 Syrian refugees live in the camp, and more arrive each day through official and unofficial border crossings between Syria and Jordan as the civil war in Syria enters its third year. The United Nations estimates that the number of Syrian refugees is currently over one million.