War and Revolution in the Middle East: Syria's Refugees: ADDARIOSYRIANREFS017_2 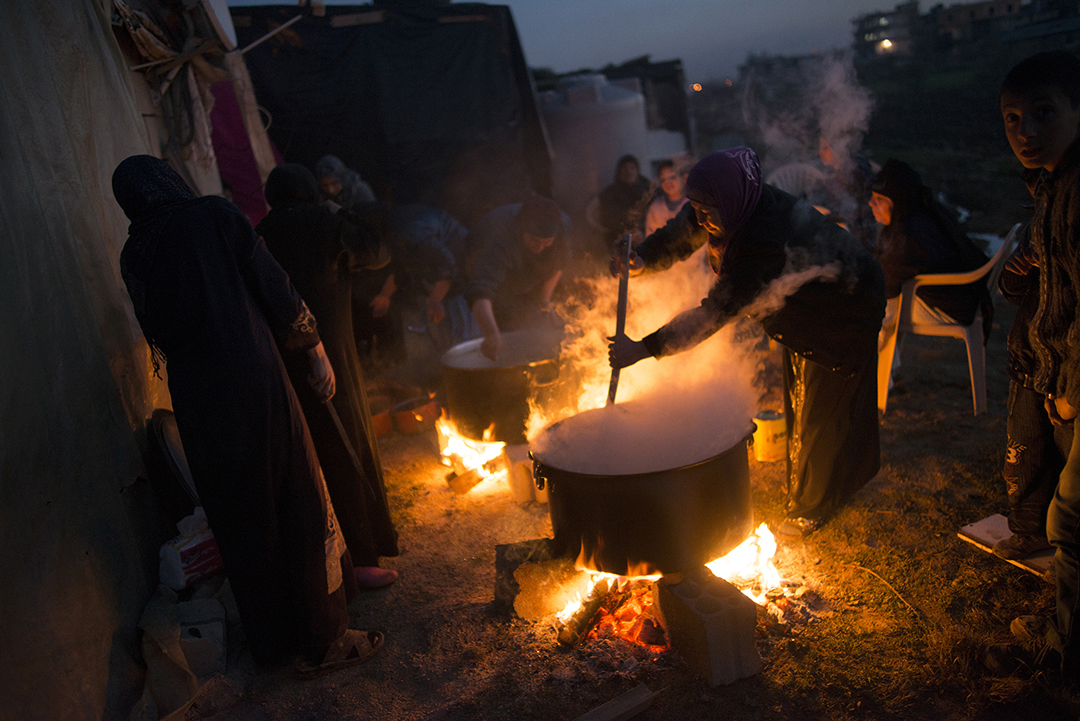 Syrian women prepare a meal for the funeral of a Free Syrian Army fighter who had been killed across the border in Aleppo, while his family members sought refuge in the Lebanese village of Saadnayel, in the Bekaa Valley, in Lebanon, January 17, 2013. The United Nations estimates that the number of Syrian refugees currently in countries bordering Syria has risen to 600,000, with around 200,000 already registered in Lebanon