War and Revolution in the Middle East: Syria's Refugees: ADDARIOSYRIANREFS016 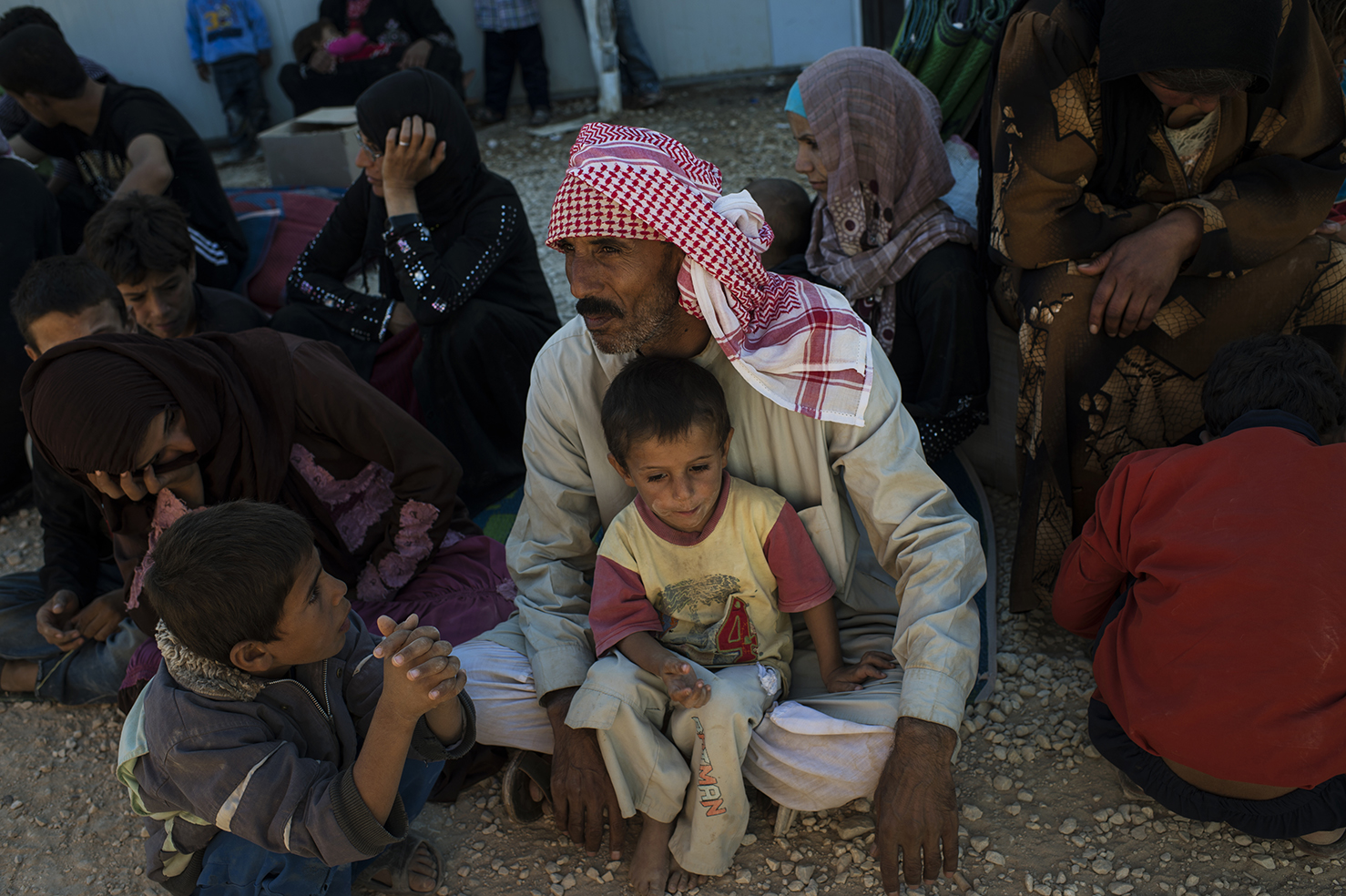 Ayed, 45, a Syrian refugee from Homs, sits with two of his 7 children the morning after crossing into Jordan from Syria, at the United Nations High Commission for Refugees reception center in Zaatari Camp, in Jordan, September 16, 2013. There are an estimated 600,000 refugees in Jordan, and two million refugees in countries bordering Syria as Syria's civil war rages in its third year