War and Revolution in the Middle East: Syria's Refugees: ADDARIOSYRIANREFS005_2 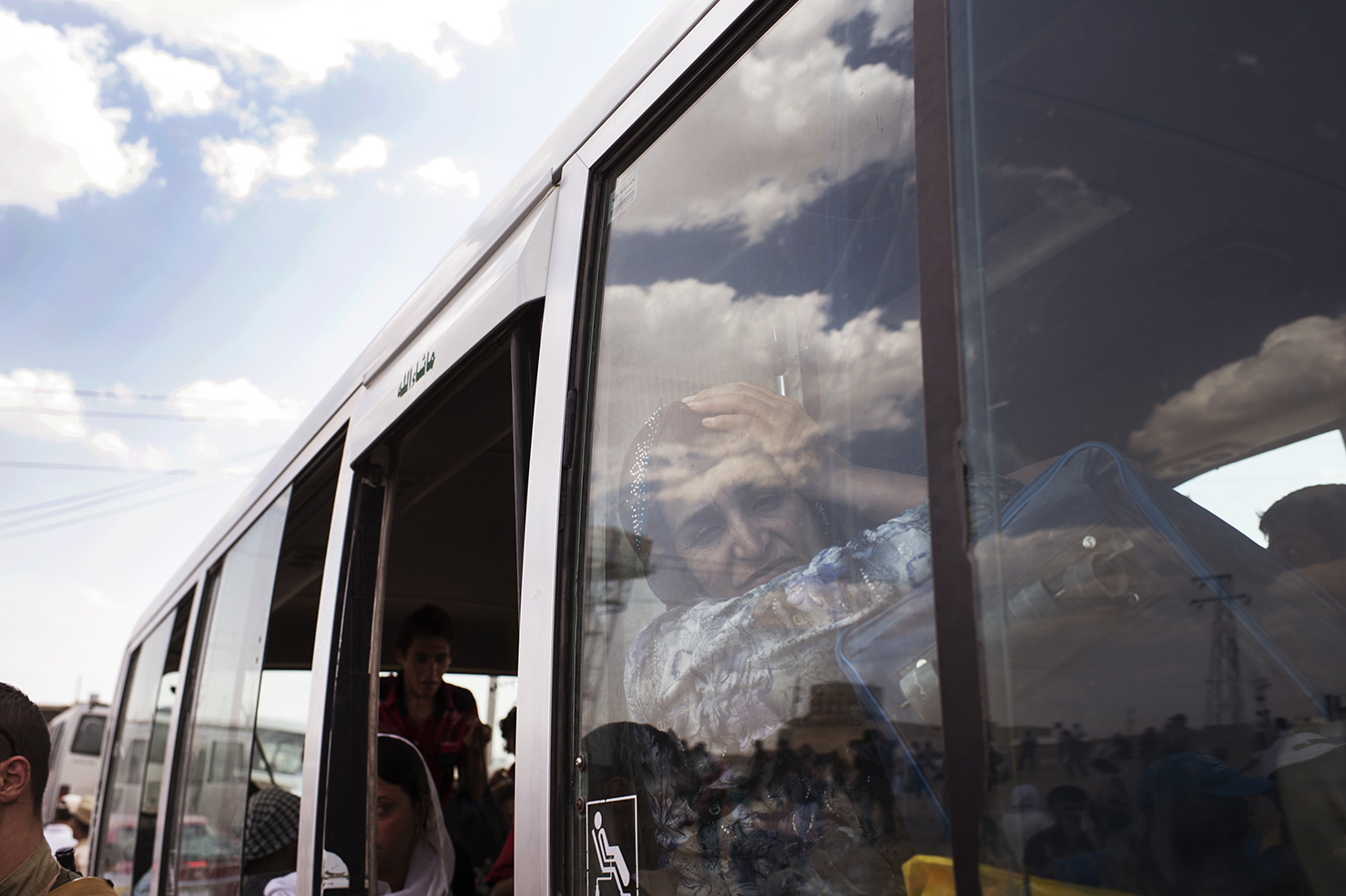 A woman waits on a bus as thousands of Syrians who crossed from Syria into Northern Iraq at the Sahela border point scramble to get onto buses destined for refugee camps in Erbil, in Dahuk, Northern Iraq, August 21, 2013. The United Nations High Commission for Refugees estimates that over 30,000 Syrians have crossed into Northern Iraq since the border was re-opened last week, and roughly three to four thousand continue to cross daily. The mostly ethnically Kurdish refugees are fleeing increasing insecurity, economic strife, and a shortage of electricity, water, and food in their areas. (Credit: Lynsey Addario for The New York Times)