War and Revolution in the Middle East: Syria's Refugees: ADDARIOSYRIANREFS001 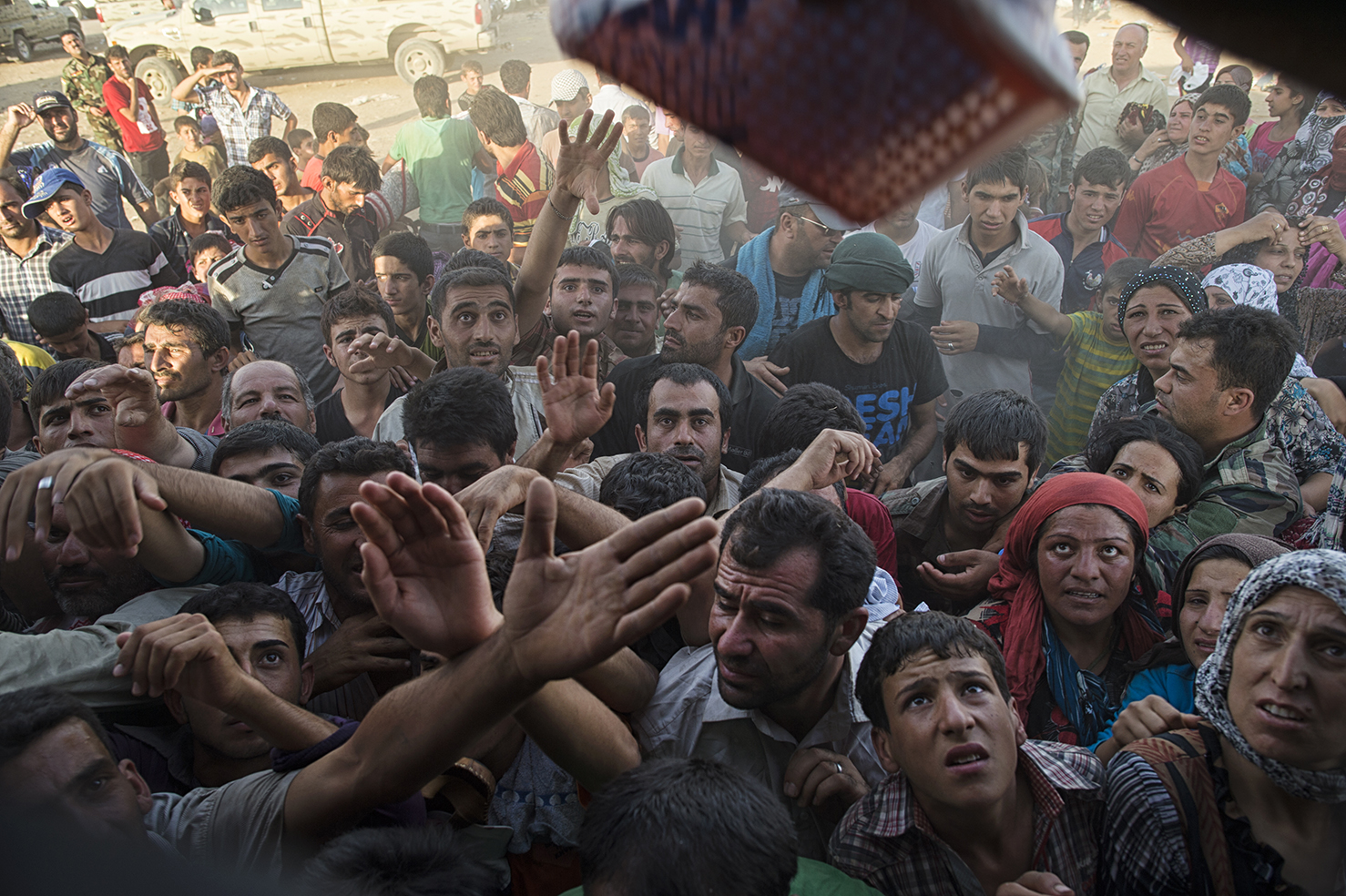 Syrian refugees who have arrived with this recent wave of refugees over the last five days fight for clothes and other items being distributed by Kurdish people at the Kawrkos camp outside of Erbil, in Northern Iraq, August 20, 2013. Over 30,000 new Syrian refugees have crossed into Northern Iraq in the past five days, as Iraq opened its border to Kurdish civilians fleeing Syria's civil war.