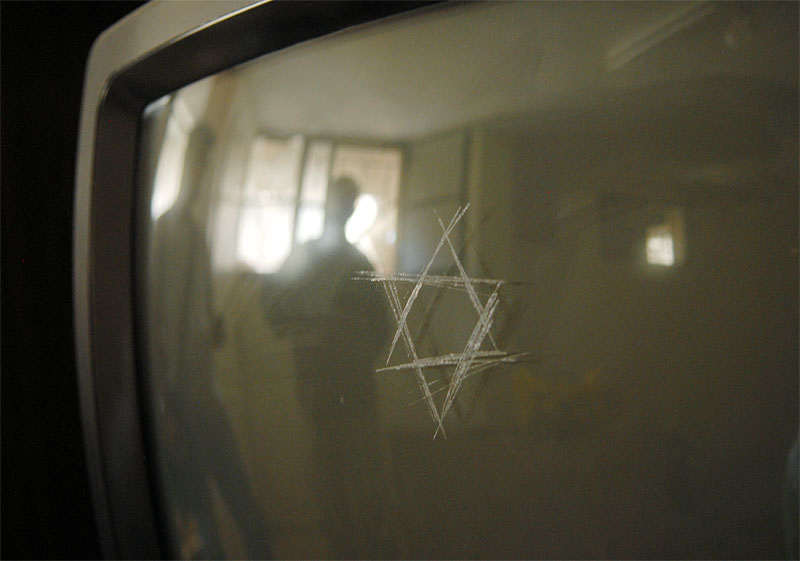 
A Lebanese family walks through the remnants of their home as it was left by Israeli troops who had been occupying it in the village of Taibe, in Southern Lebanon, August 23, 2006. Two Lebanese men were allegedly detained and not yet released by Israeli troops as they passed through an Israeli checkpoint between two Lebanese villages,Taibe and Qantara, as Israelis once again violated the tenuous ceasefire between the two countries.