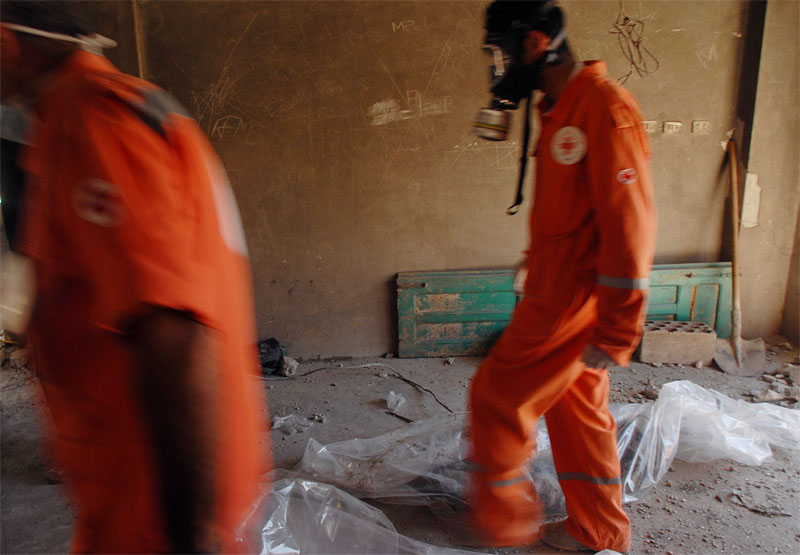 
Emergency workers walk past one of at least 16 bodies pulled out of a home where three framilies were hiding out during the war in the village of Ainata about five kilometers from the frontline in south Lebanon, August 15, 2006. Emergency workers and volunteers began the grim process of unearthing the dead as the second day of theceasefire unfolded.