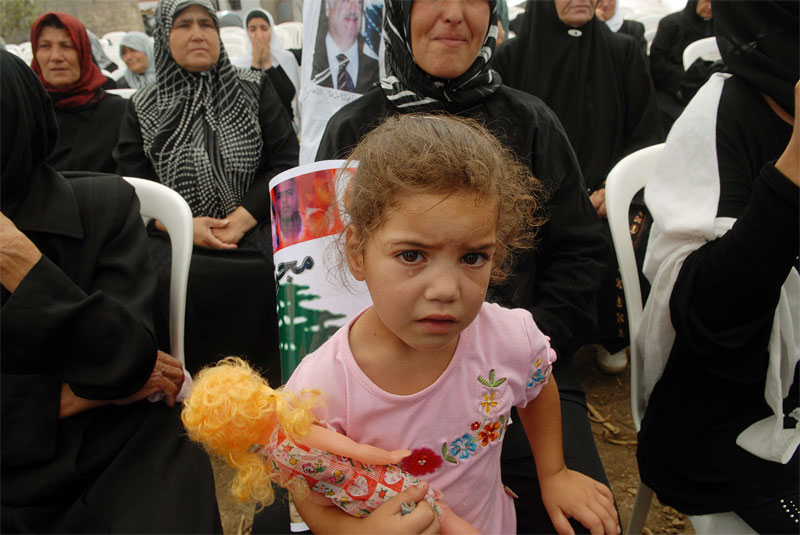 
Abir Khalid, 5, cries during a funeral for the 23 villagers killed by an Israeli airstrike while trying to flee Marwaheen during the war, August 24, 2006. Hundreds of people gathered in Marwaheen in a funeral delayed because villagers have been too scared to return home as Israeli troops remain nearby, and funally laid their relatives to rest in a mass burial today.