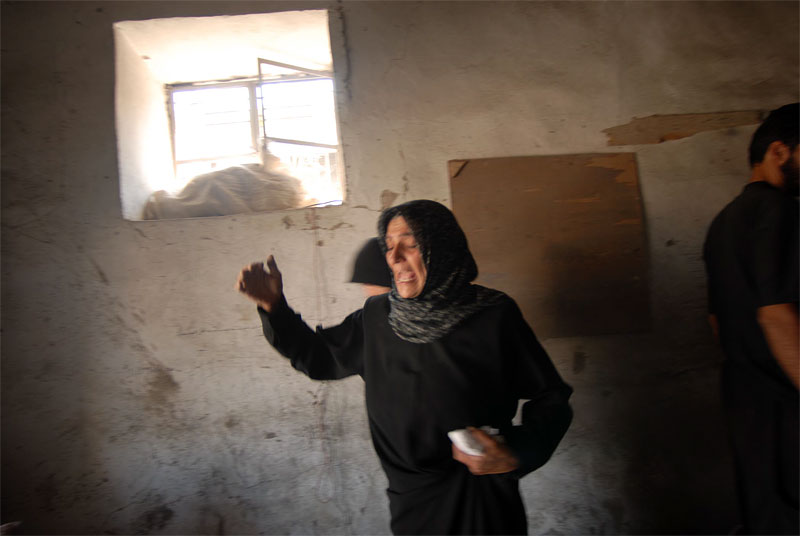 
Zaineb Haider weeps over the death of her son, who was a Hezbollah fighter, upon returning to the village of Srifa for the first time since the start of the war over a month ago in South Lebanon, August 15, 2006. Srifa, mainly a Hezbollah and Amal stronghold, was almost completely decimated by Israeli bombs in the war.