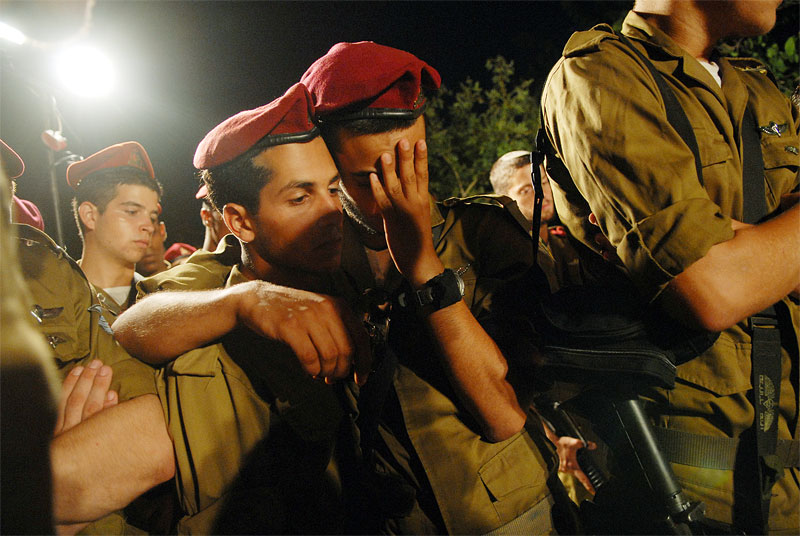 
Friends and family of an Israeli soldier who was killed in Bint Jbail yesterday along with seven other soldiers weeps alongside friends and family after his buriel in Haifa, Northern Israel, July 27, 2006. As the war between Lebanon and Israel moves into its third week, hundreds of civilians and dozens of fighters have been killed and injured on both sides.