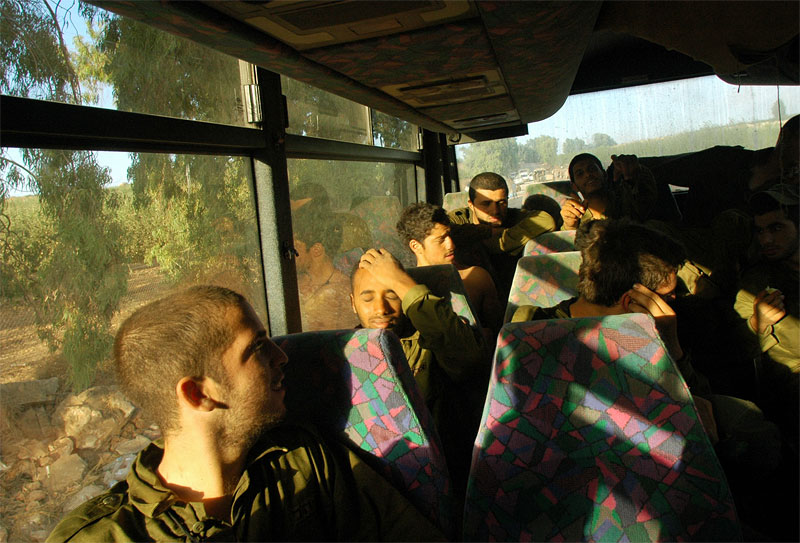 
Israeli soldiers sit on a bus along the frontline in Northern Israel after coming out of fighting with Hizbollah fighters in Southern Lebanon, at dawn, July 28, 2006. Israeli soldiers are bing wounded and killed daily as fierce fighting continues and the war moves into its third week.