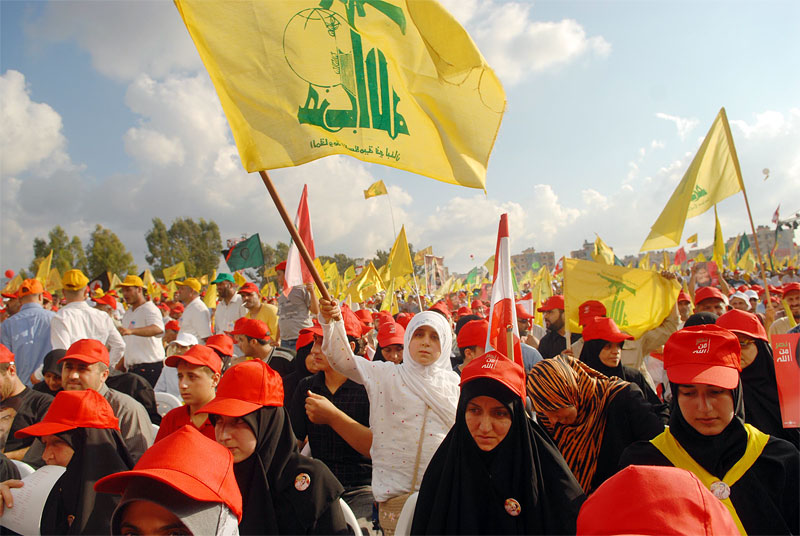 
Lebanese attend a massive demonstration led by Hezbollah leader, Hassan Nasrullah, to celebrate what Hezbollah is calling 'The Divine Victory' in Beirut's southern suburbs, in Lebanon, September 22, 2006. Nasrullah made his first appearance since the beginning of Lebanon's war with Israel, and about one million Hezbollah supporters arrived from around the country to participate in the rally.