War and Revolution in the Middle East: ISIS in Iraq: ISISIRAQ018 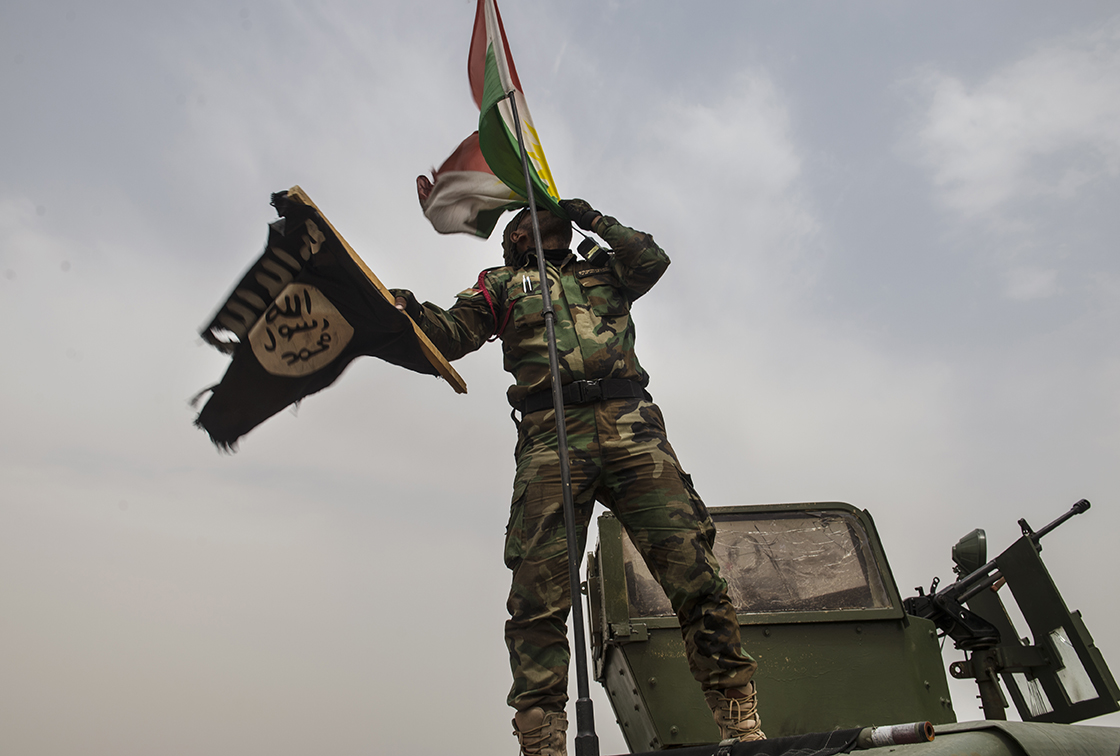 A Kurdish Peshmerga kisses a Kurdish flag as he shows off the Islamic State flag he claimed from a checkpoint as he and other Peshmerga forces celebrate and pose for photographs at the Mosel dam the morning after Peshmerga and Iraqi Special forces defeated fighters with the Islamic State and reclaimed the dam in Northern Iraq, August 19, 2014. The Peshmerga explained that when he grabbed the flag from a checkpoint, it had been bobby-trapped with explosives, but they failed to detonate. The American military is helping fight IS with targeted airstrikes on IS positions near the Mosul Dam, and Peshmerga and Iraqi Special Forces are fighting on the ground.