War and Revolution in the Middle East: ISIS in Iraq: ISISIRAQ014 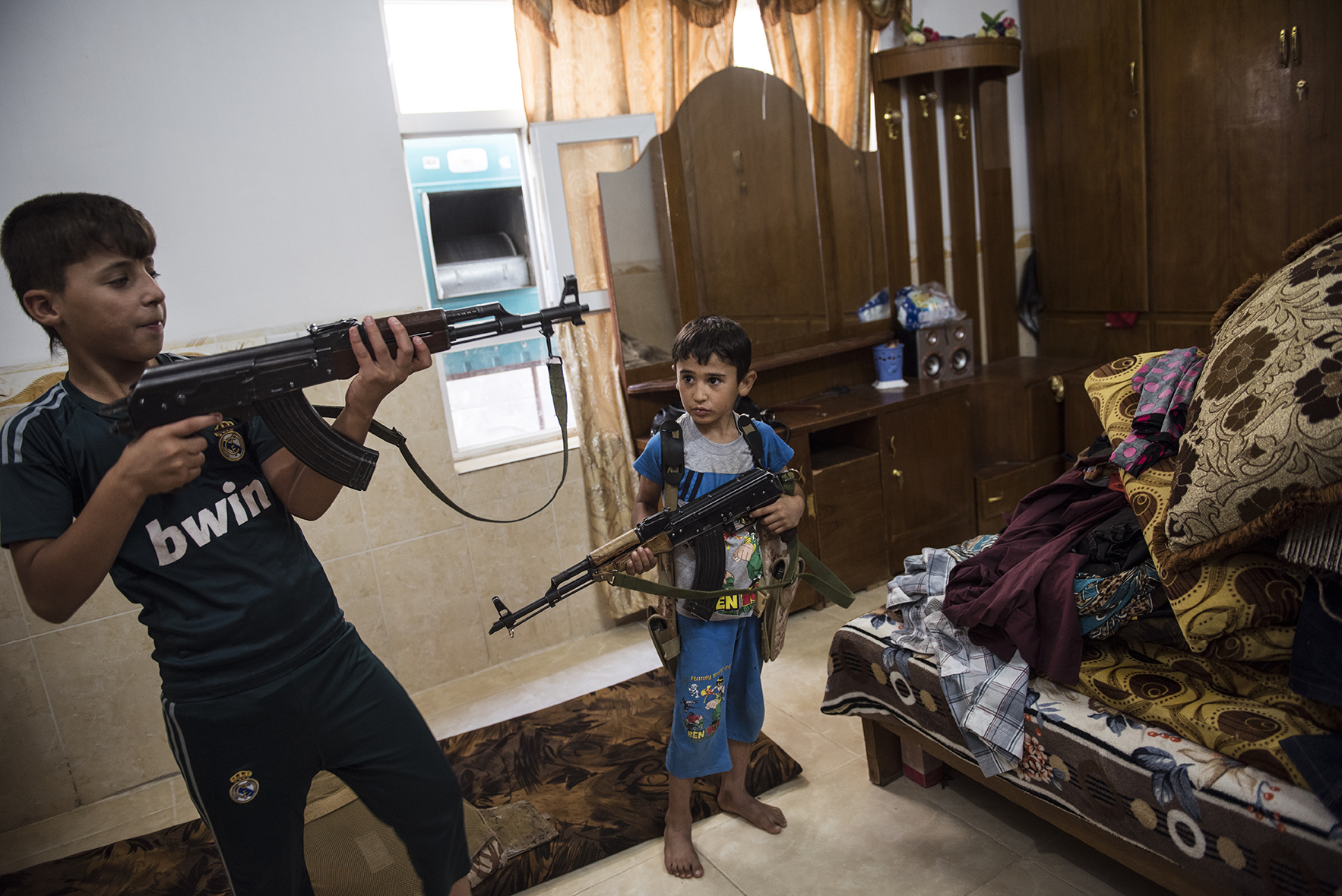 Saleh, 13, and his brother, Bakhtiar, 6, play with the guns and protective gear their father has prepared in case fighters with the Islamic State return to their frontline town of Mahmur, in Northern Iraq, August 15, 2014. Both boys have been taught how to shoot in case they need to help defend the family. Since IS started making its way across Iraq, and overrunning various towns, hundreds of thousands of Iraqis have been displaced across the country. Mahmur fell to the Islamic State less than two weeks prior, and after the aid of American air strikes, is now back in the hands of the Peshmerga. Most civilians are gone, and those who remain are vigilant for the potential return of IS fighters at any moment. civilian population is all but gone.