War and Revolution in the Middle East: ISIS in Iraq: ISISIRAQ007 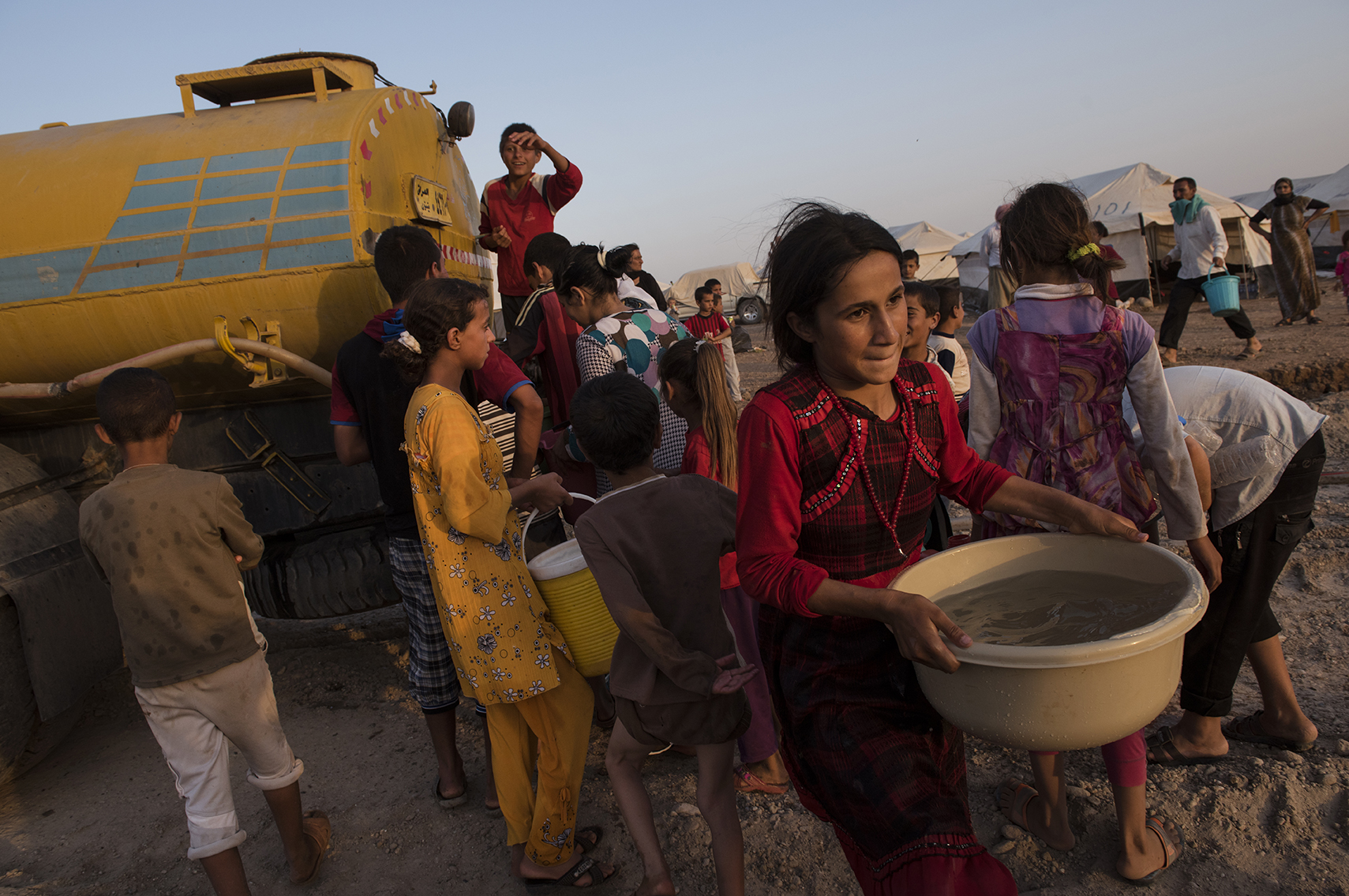 Iraqi Yazidi families fight to take water from a government water truck at the Bajid Kandal camp near the Iraqi border with Syria, in Northern Iraq, August 17, 2014. Since fighters with the Islamic State started making its way across Iraq, and overrunning various towns, hundreds of thousands of Iraqis have been displaced across the country. The American military is helping fight IS with targeted airstrikes on IS positions, and Peshmerga are fighting on the ground.