War and Revolution in the Middle East: ISIS in Iraq: ISISIRAQ005 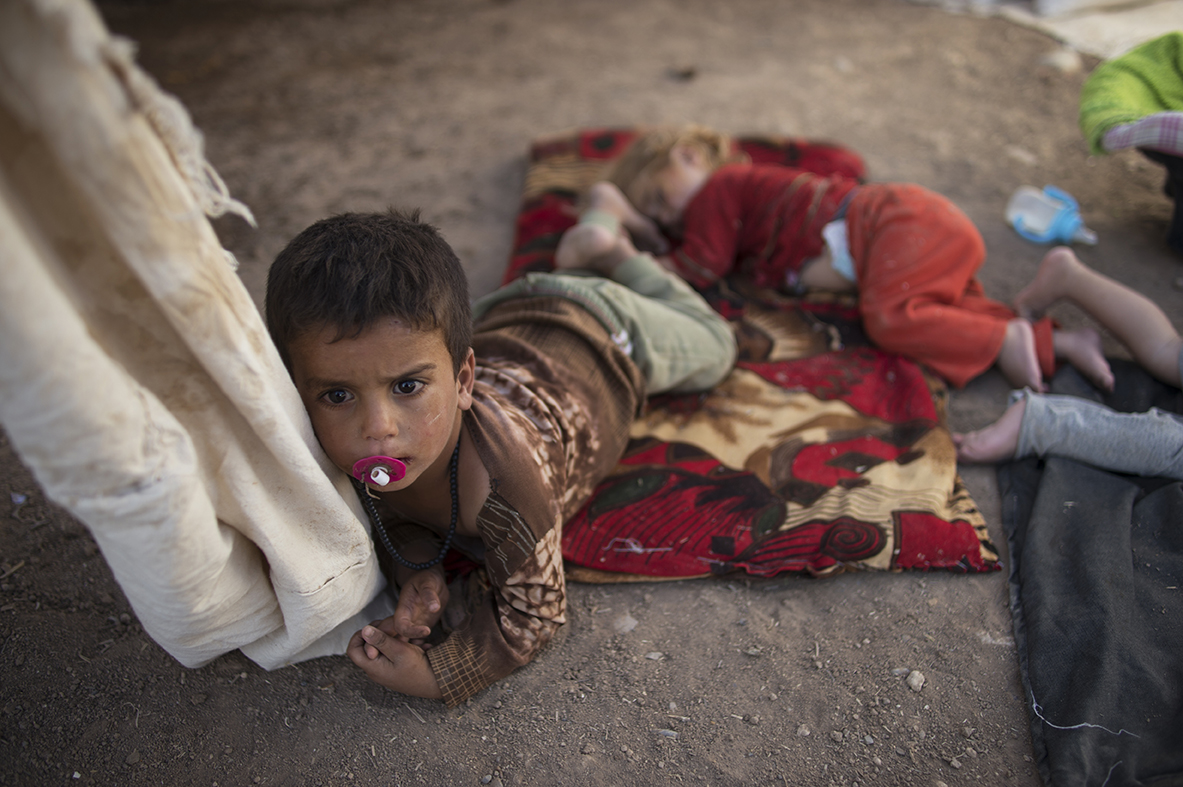 Farhad, 3, an Iraqi Yazidi boy whose father was killed by fighters with the Islamic State, lives in the Dera Bon camp near the Iraqi border with Syria, in Northern Iraq, August 17, 2014. Since fighters with the Islamic State started pushing through Iraq and murdering and terrorizing thousands of civilians, hundreds of thousands have been displaced from their homes across the country. While most of the Yazidi displaced have been relying on the goodwill of the Kurdish civilian population and handouts from the municipality for food and non-food items, the United Nations recently announced it is beginning its largest humanitarian aid distribution in a decade.