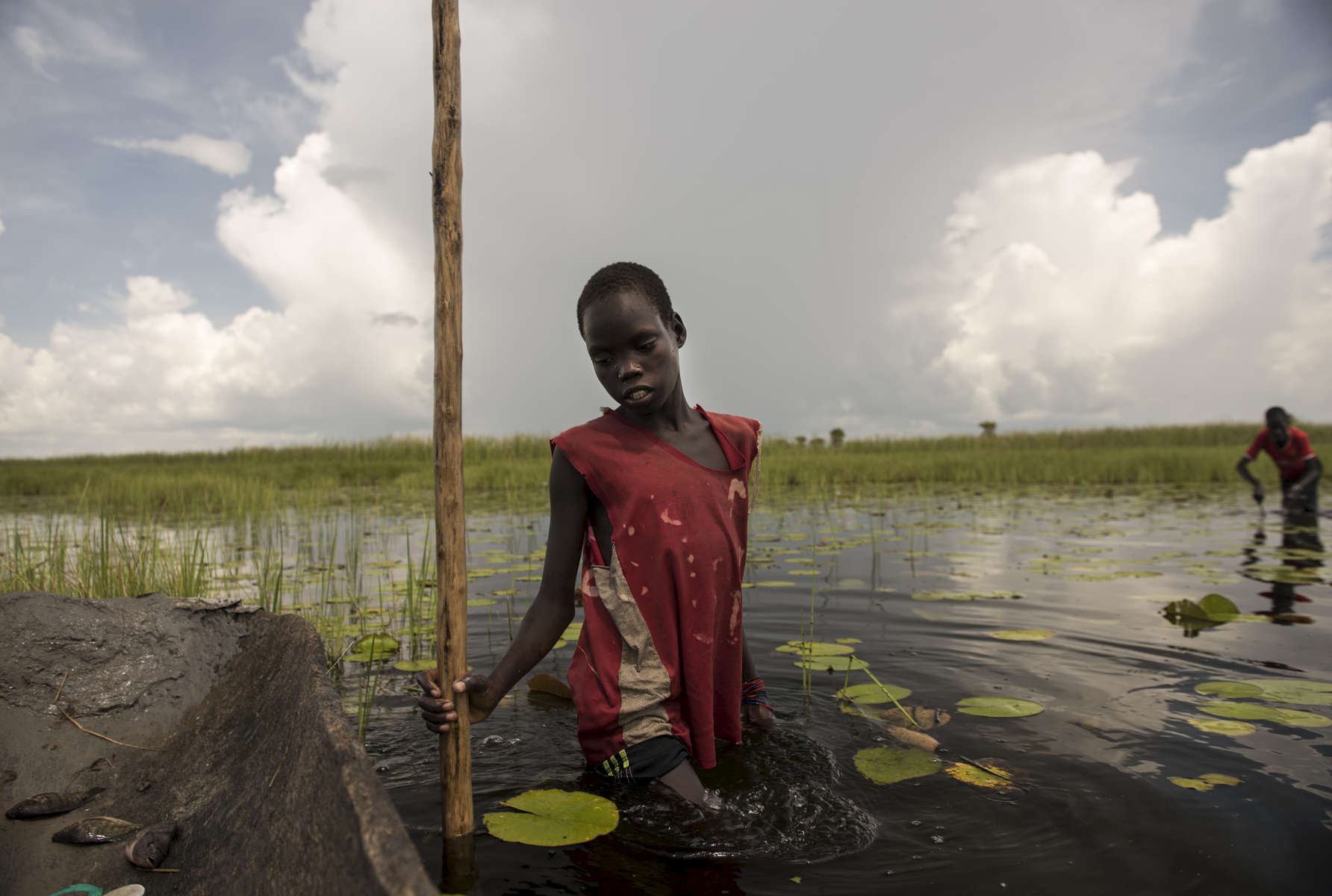 Chuol, 9, from southern Unity State or outside Leer, fishes for Talapia with his friends Michael Gardet Yaka, orange shirt, and Peter Kai Gatmai, blue shirt, in the swamps around a host community full of local villagers and other internally displaced. Chuol was chased out of his own village with his grandmother and sister several months ago when it was attacked, and his father and grandfather were burned alive. He, his grandmother, and sister fled to this area, where they are living on the ground of a host family. South Sudan, September 10, 2015.