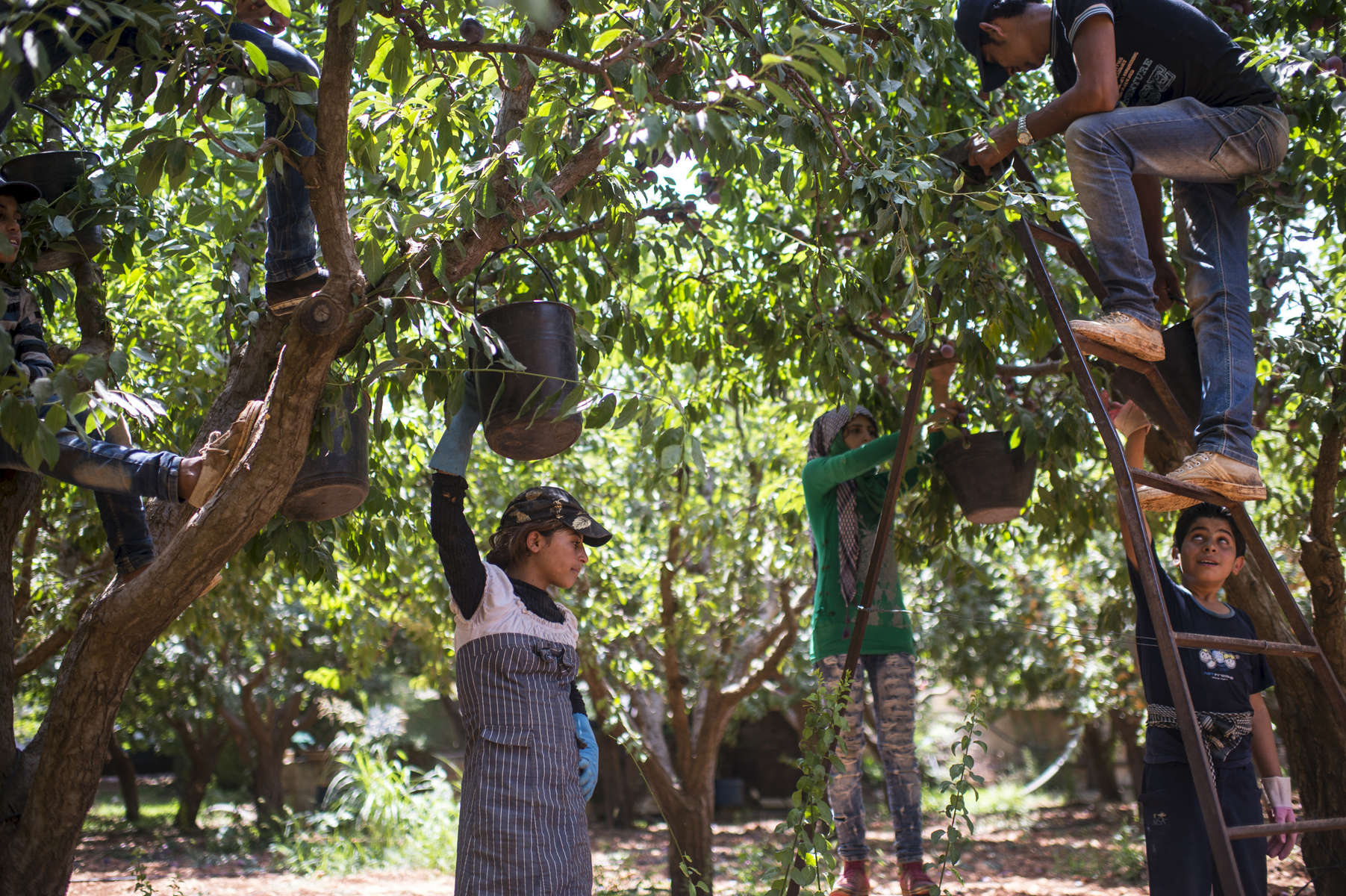 Hanaa picks plums from before dawn through the early afternoon in an orchard, where she started before dawn and finished around 2pm, along with other Syrian refugees from her informal tented settlement in the Bekaa Valley, between the city of Zahle and Baalbak, in Lebanon, August 3, 2015. Hanaa and her family fled Syria in 2011 at the beginning of the Syrian civil war, and moved to this settlement two years ago, along with other Syrian refugees from Hasaka and the surrounding areas. Hanaa and other children in the settlement work for up to ten hours a day in agricultural lands owned by Lebanese in the area, and earn the equivalent of $5. per day.