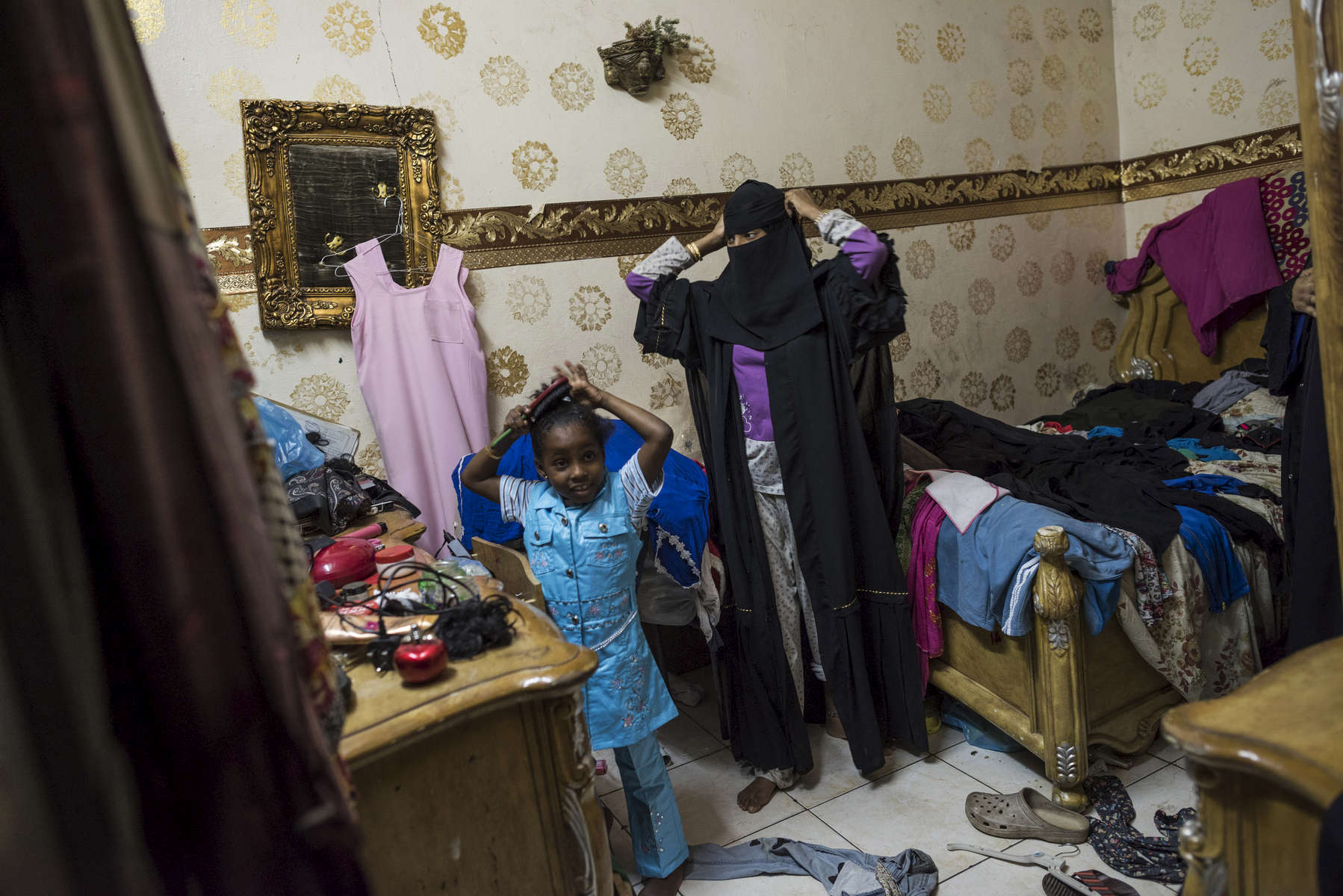 Sisters put on their hijab, traditional covering, before being photographed dancing at home in Riyadh, Saudi Arabia, March 2015. The family recently bought the speakers and the disco ball to practice dancing for an upcoming wedding they will host in their home. They play American hip hop music the day after her brother returned home from military duty in the eastern province for a vacation in Riyadh, Saudi Arabia, March 20, 2015.