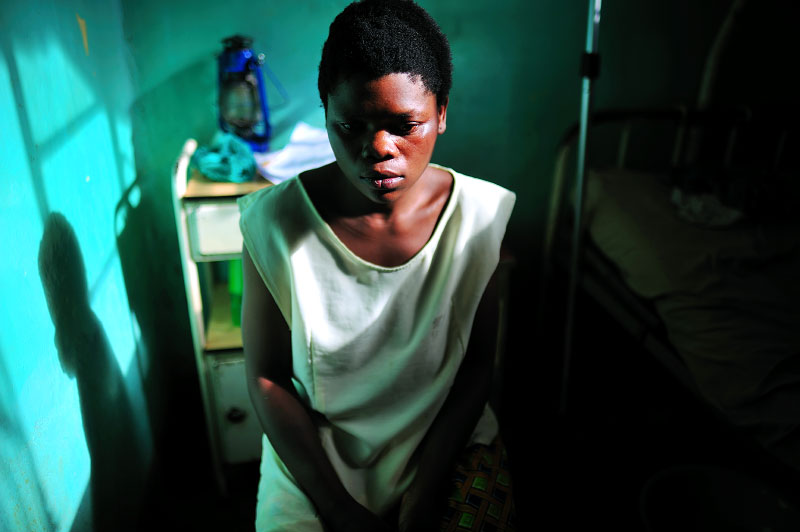 
Chibalonza, 26, sits in the hospital in Walungu, South Kivu, in Eastern Congo, April 14, 2008. Chibalonza was kidnapped by six men in uniforms and brought to the forest for nine months, where she was raped repeatedly. 'I am alone here--all my family is dead...they killed two of my children, one in front of me--struck a hammer to his head, and the other I couldn't see. They killed my husband in the Ninja forest. My sister saw the death of my husband....They were interhamwe. They spoke KenyaRwanda and we walked for four days to reach the forest where they kept me in a hole underground surrounded by rocks....' An average of 400 women per month were estimated to be sexually assualted in the autumn of 2007 in eastern Congo, while in the first months of 2008, the figure dropped to an average of 100 women per month. This said, many women never make it to treatment centers, and are not accounted for in these statistics.