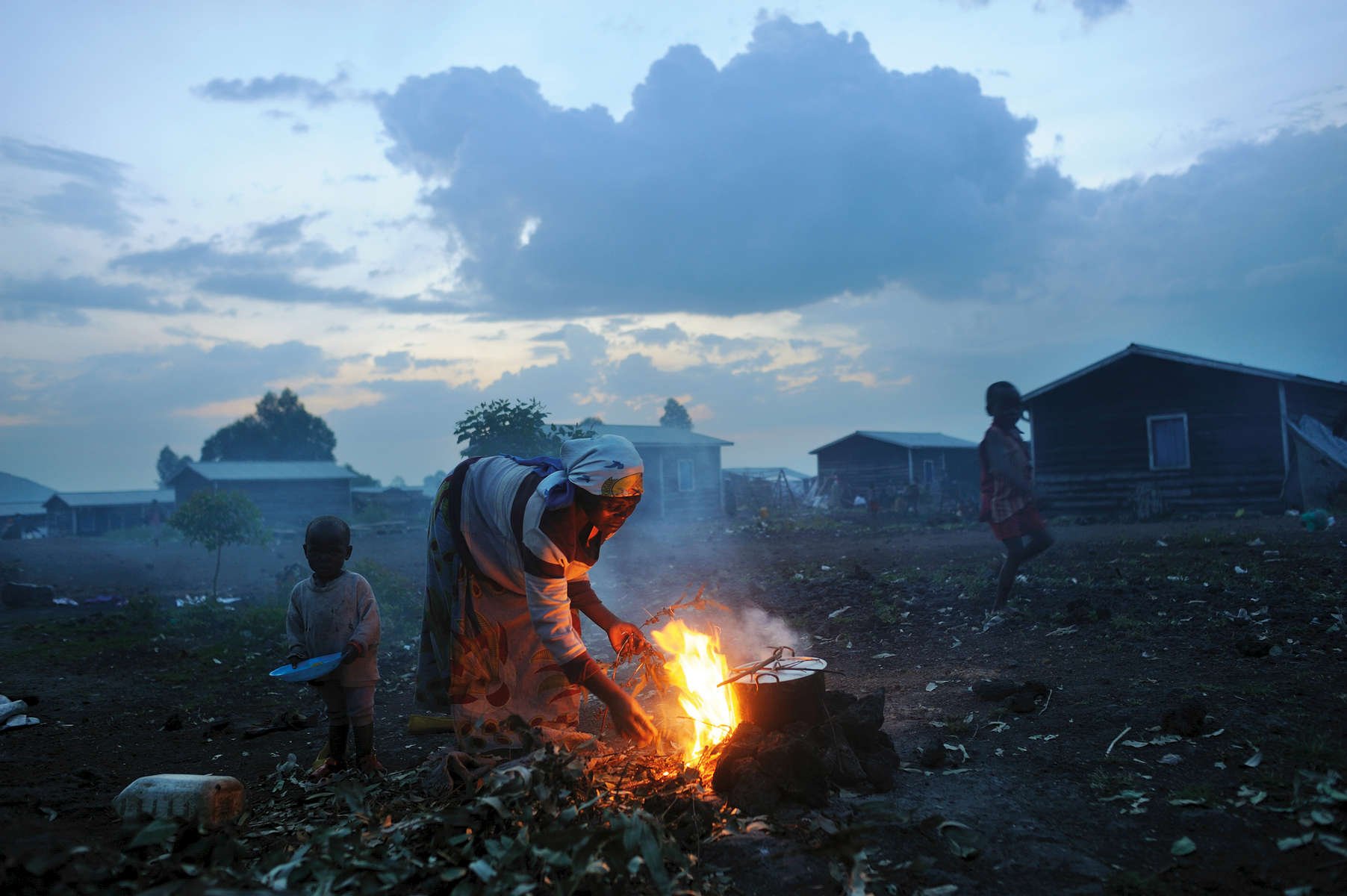 
A Congolese woman displaced from recent fighting cooks in the evening at Kibati camp in Goma, in eastern Congo, November 26, 2008. Civilians on both sides of the front lines in eastern Congo are being killed, raped and abducted by both Tutsi rebels and government troops despite a lull in fighting.