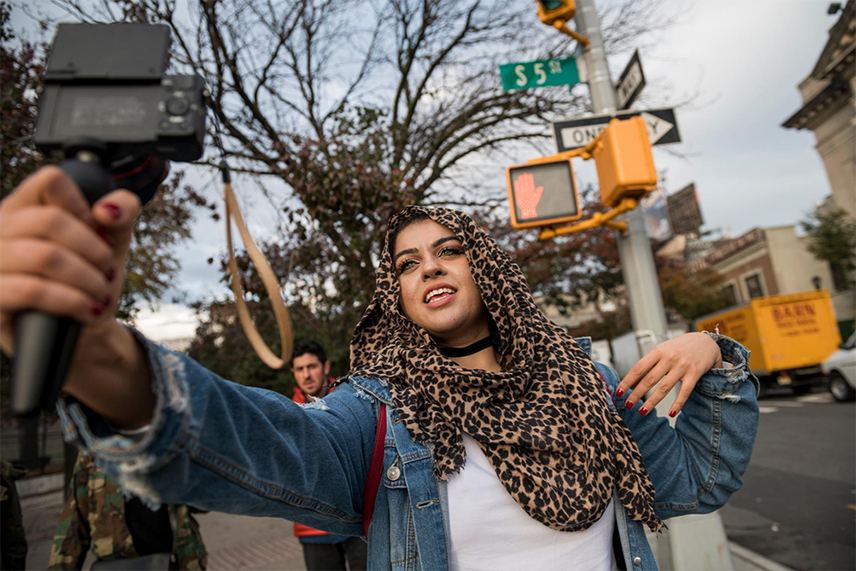 Amani Al-Khatahtbeh, who founded MuslimGirl.com as a high school senior, shoots a sizzle reel that she plans to use to pitch ideas for a TV show or web series. In 2017 the website, which says it’s “raising the place of Muslim women in mainstream society,” launched Muslim Women’s Day, celebrated on March 27. This year’s theme was “Muslim women talk back to violence.”