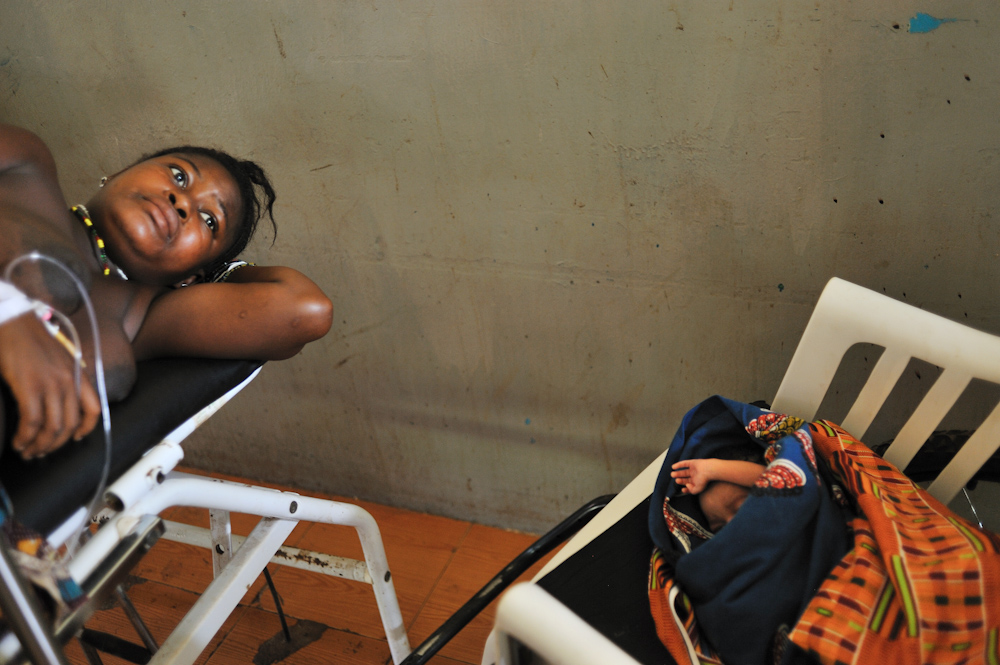 
In Sierra Leone, a country with one of the highest rates of Maternal Mortality, Mamma Seesay is fighting just to give birth. Mamma, 18 delivered one of the twins she was carrying in a remote village outside of Freetown, the capital of Sierra Leone. She then took a canoe, followed by an ambulance to arrive at the clinic. Exhausted when she arrived, Mamma delivered the second twin. Shortly after the delivery she beg hemorrhaging and died soon after. Sierra Leone has roughly 900 maternal deaths per 100,000 live births; an average of 5 women die per day in childbirth, and 1 in 8 women in Sierra Leone will face a lifetime risk of death during childbirth.