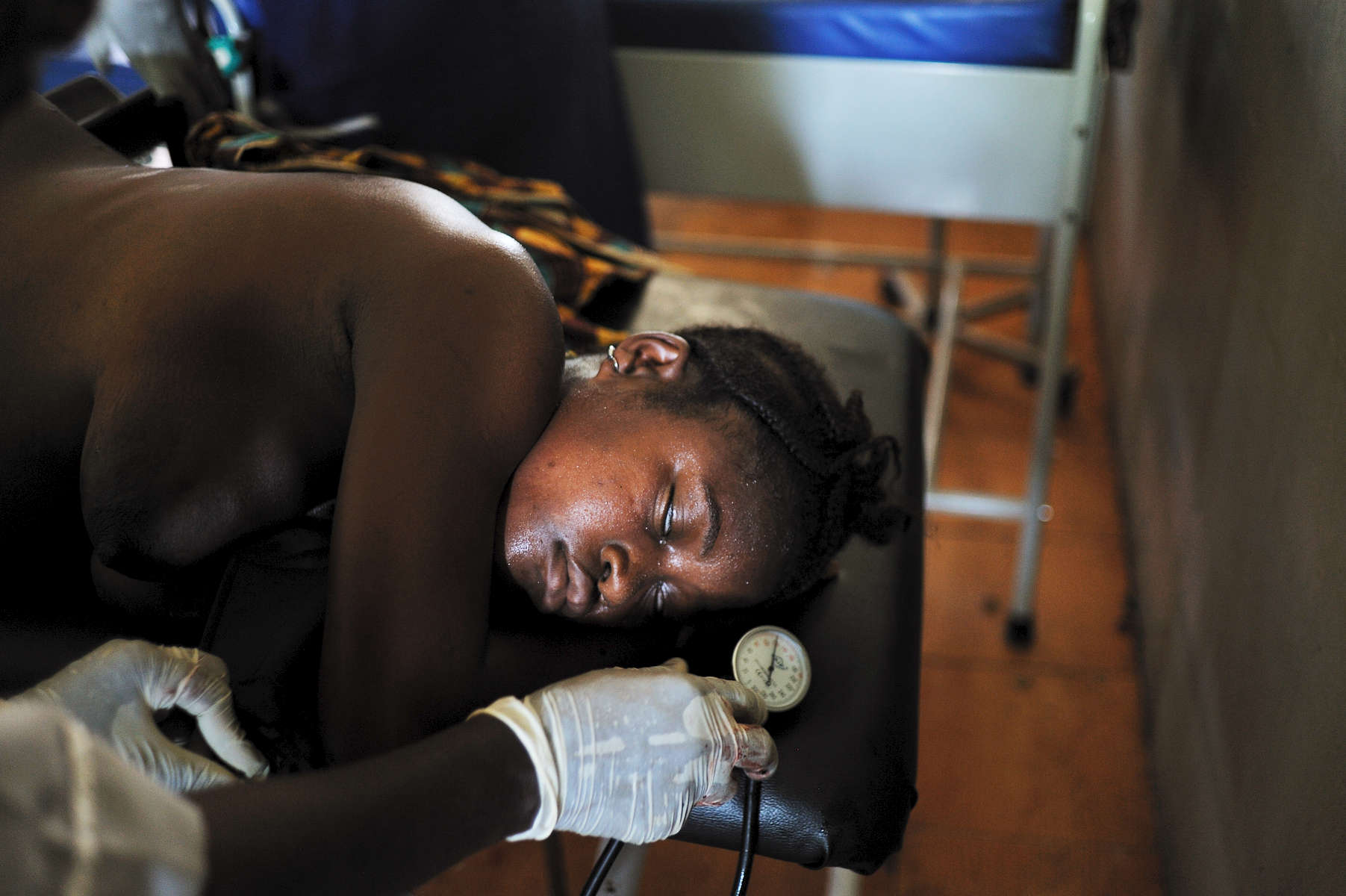 Mamma Sesay, 18, collapses with exhaustion after pushing fruitlessly with contractions to deliver the second of twins, as a nurse takes her blood pressure at the Magburaka Government Hospital, in Sierra Leone, May 20, 2010. Throughout the labor, she was saying repeatedly 'I am going to die' as she lied on the delivery table. Mamma Sesay was forced to marry at 14 years old to a man who was about 50, and delivered her first child at 15. Her second pregnancy, Mamma delivered the first child the day before at the Moyorgboh Maternal Child Health post near her village, and her contractions ceased for the second child. She then traveled by canoe and ambulance from her village to the Magburaka Government Hospital, she delivered the second baby with the aid of midwives and hospital nurses. Sessay had post-partum hemmoraging, and died as she was brought to the one doctor in the hospital. Her sister, Amenata, who is also a nurse at the hospital, helped her deliver the child. Sierra Leone has one of the highest rates of maternal mortality in the world, with roughly 900 maternal deaths per 100,000 live births; an average of 5 women die per day in childbirth, and 1 in 8 women in Sierra Leone will face a lifetime risk of death during childbirth. The high rate is due do several causes: an extremely high rate of teenage pregnancy which leads to complications during delivery; little access to hospitals or medical doctors coupled with ill-equipped clinics and hospitals; and a cultural preference for traditional birthing attendants rather than modern hospitals. (Credit: Lynsey Addario/ VII Network)