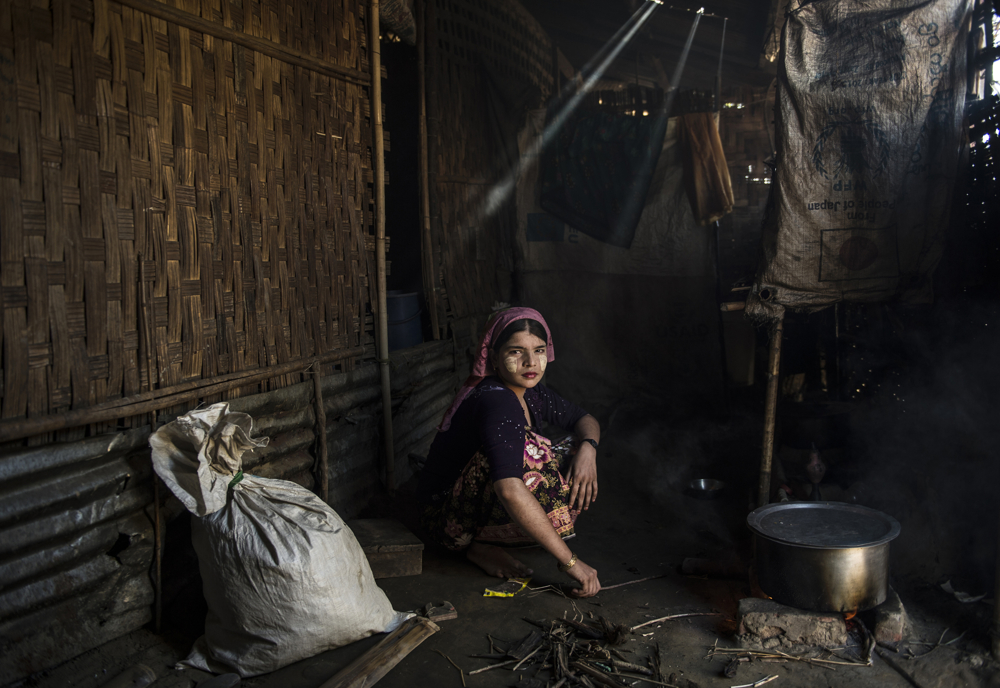 Aisha Begum, 18, cooks in her family home in the Say Tha Mar Gyi camp for Internally Displaced Rohingya, in Sittwe, Myanmar, November 26, 2015. Aisha is married, but her husband left her less than a year ago to go live with his family again. An estimated one million stateless Rohingya have been stripped of their citizenship in Myanmar, and forced to live in modern-day concentration camps, surrounded by government military checkpoints. They are not able to leave, to work outside the camps, do not have access to basic medical care, or food. Most aid groups are banned from entering or working in the camps, leaving the Rohingya to their own devices for sustenance and healthcare. Journalists are also routinely denied access to the Rohingya, Myanmar’s way of ensuring the world doesn’t see the slow, intentional demise of a population.