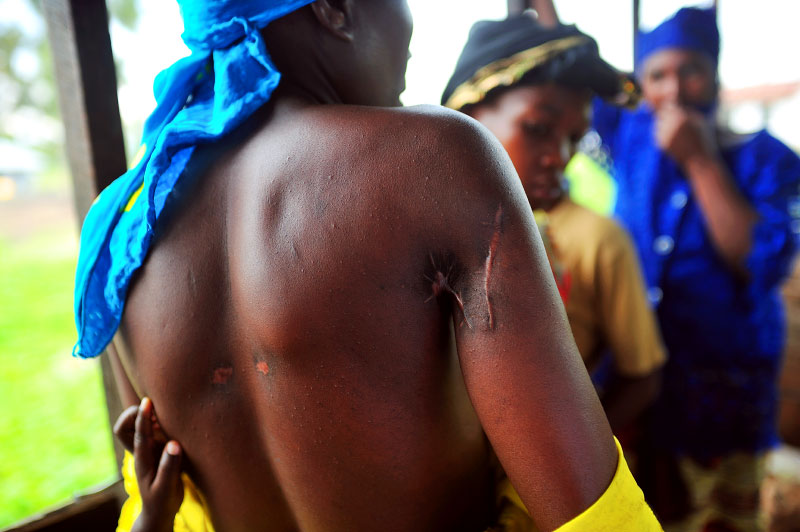 
Wimana, 40 years, reveals a gunshot wound to her back as her 6 year old daughter, Zabayao, reaches up to touch it in the Keyshero Medical center and shelter in Goma, North Kivu, in Eastern Congo, April 12, 2008. Wimana and her family were attacked in their village in massissi at the end of November 2007 when men dressed in police unifmrs came to their house at night, looted the house and brought the family members to the forest. They held her and her 12 year old daughter, tied their hands, raped them, and shot them both in the back. They chased us saying we were Matussi (from the Nile region). I don't know where my husband is now. I haven't seen him since that day.' An average of 400 women per month were estimated to be sexually assualted in the autumn of 2007 in eastern Congo, while in the first months of 2008, the figure dropped to an average of 100 women per month. This said, many women never make it to treatment centers, and are not accounted for in these statistics.