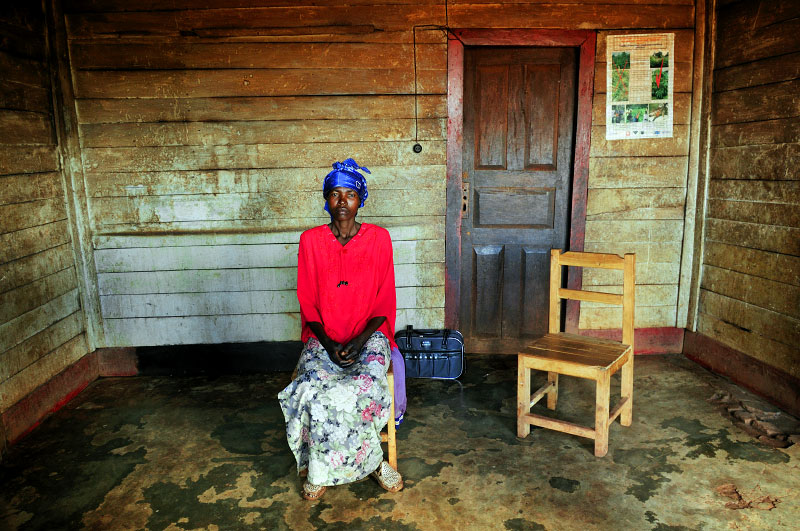 
Vumilia, 38, from a village in south Kivu, sits in a center in Walungu, South Kivu, in Eastern Congo, April 14, 2008. Vmulia was kipnapped from her home and held at a military camp for interhamwe for eight months, raped by at least 5 different men, and recently gave birth to a child born out of this rape. She has seven other children. An average of 400 women per month were estimated to be sexually assualted in the autumn of 2007 in eastern Congo, while in the first months of 2008, the figure dropped to an average of 100 women per month. This said, many women never make it to treatment centers, and are not accounted for in these statistics.