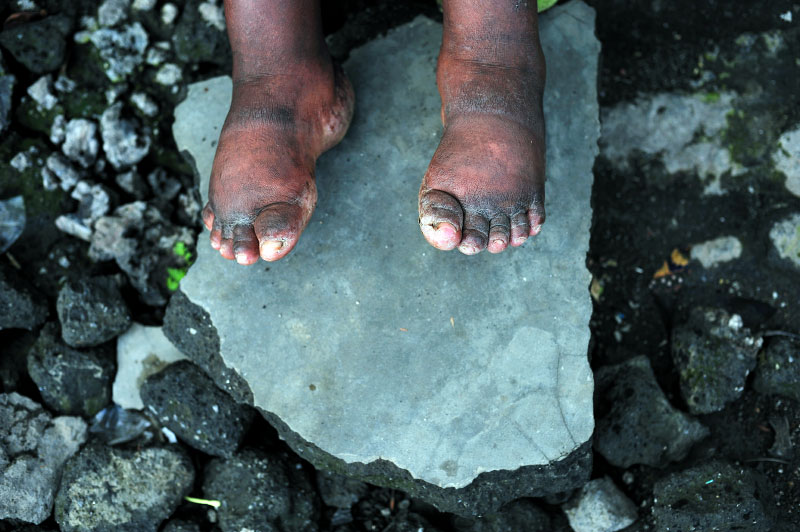 
Sifa, 16, sits in the Heal Africa shelter in Goma about six months after she was raped in a town in eastern Congo, North Kivu, April 10, 2008. Sifa said she could not run away from the fighting in Sake because she was handicapped by elephantitis, and she is now six months pregnant. An average of 400 women per month were estimated to be sexually assualted in the autumn of 2007 in eastern Congo, while in the first months of 2008, the figure dropped to an average of 100 women per month. This said, many women never make it to treatment centers, and are not accounted for in these statistics.