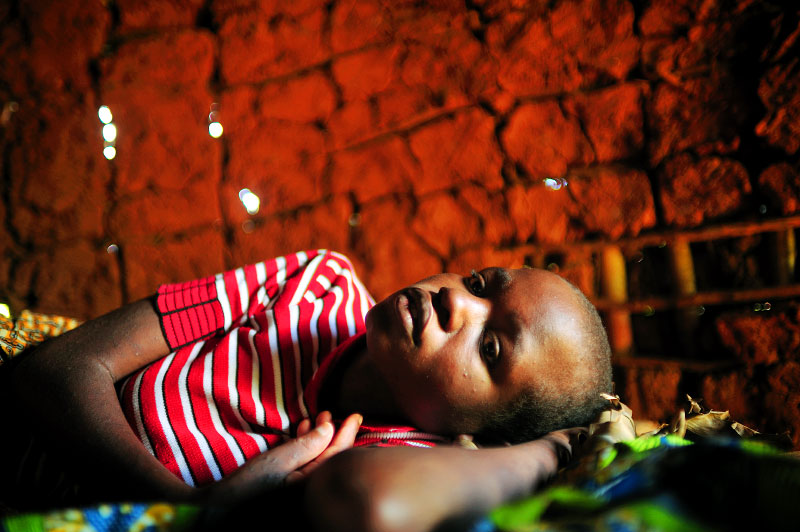 
Mapendo, 22, lies in her home in a village in South Kivu, weak and covered in a skin rash less than a year after she was kidnapped and raped by five men, wearing uniforms and carrying guns, in South Kivu, in Eastern Congo, April 14, 2008. Mapendo never had the chance to go to the hospital after she was attacked for lack of funds and transportation, and was so weak she could barely sit up. 'I have sores all over my body and I have been suffering from these sores for many months now. I had a husband and child before I was raped. My child died suddenly when it was three years old. My husband was buried in the mines....' An average of 400 women per month were estimated to be sexually assualted in the autumn of 2007 in eastern Congo, while in the first months of 2008, the figure dropped to an average of 100 women per month. This said, many women never make it to treatment centers, and are not accounted for in these statistics.