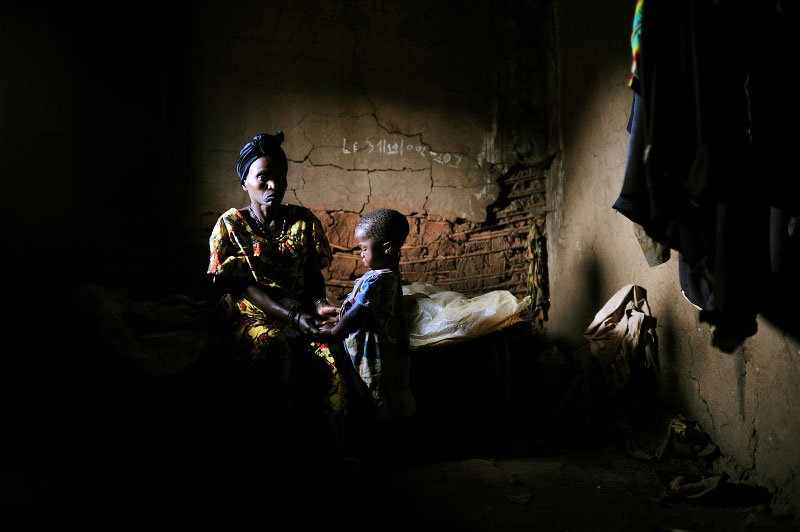 
Lwange, 51, sits with her three year old child, Florida, in a village in North Kivu, in Eastern Congo, April 12, 2008. Florida was raped by a man in his mid-twenties about a week prior while her mother was working in the home. 'The child was behind the house and screamed a lot. when i went outside to see what was happening, there was a man who was not wearing pants, and he ran away with his pants in his hands. The child was bleeding alot, and her vagina was in bad shape. Since that day, my daughter does not speak. she used to speak a lot, but she does not speak anymore....' An average of 400 women per month were estimated to be sexually assualted in the autumn of 2007 in eastern Congo, while in the first months of 2008, the figure dropped to an average of 100 women per month. This said, many women never make it to treatment centers, and are not accounted for in these statistics.