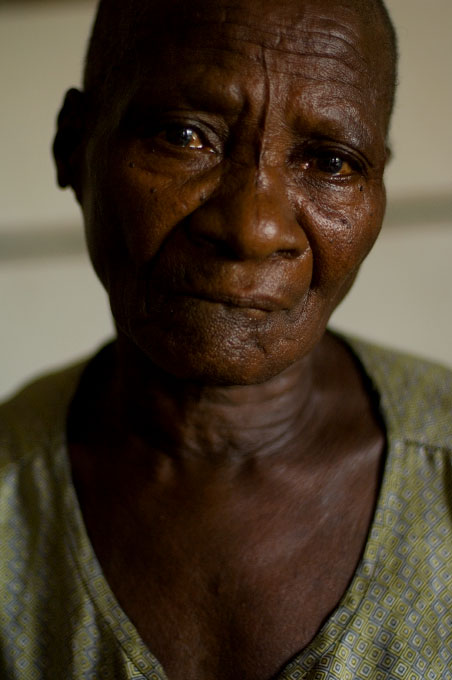 
Furaha, 72 years old, sits in a Keyshero medical facility in Goma after having been gang raped by 4 men, allegedly from the Interhamwe Hutu militia while she was working in the fields. As the men began to attack her, Furaha said 'I am very old, why are you taking me? I am your grandmother.' And they proceeded to rape her one by one. Furaha just underwent fistula surgery last week, and is doing well. She is from South Kivu. Since the beginning of the war in eastern Congo, thousands of women have been sexually assaulted in Congo. In the North Kivu, figures average about 200 women per month, and most rapes go unreported, and many are unable to reach medical facilities for treatment. Figures estimate that 80% of the victims are assaulted by men wearing some kind of uniform.