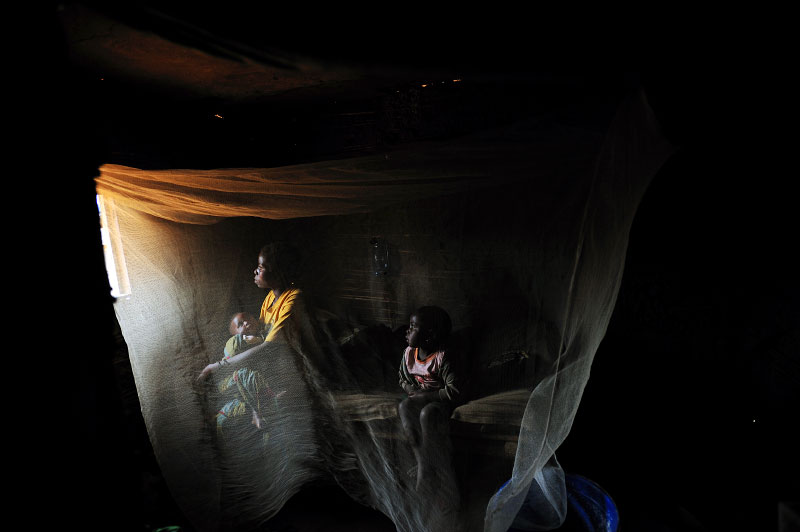 
Kahindo, 20, sits in her home with her two children born out of rape in North Kivu, in Eastern Congo, April 12, 2008. Kahindo was kidnapped and held for almost three years in the bush by six interhamwe, who she claims were Rwandan soldiers. They each raped her repeatedly, and she had one child in the forest, and was pregnant with the second by the time she escaped. An average of 400 women per month were estimated to be sexually assualted in the autumn of 2007 in eastern Congo, while in the first months of 2008, the figure dropped to an average of 100 women per month. This said, many women never make it to treatment centers, and are not accounted for in these statistics.