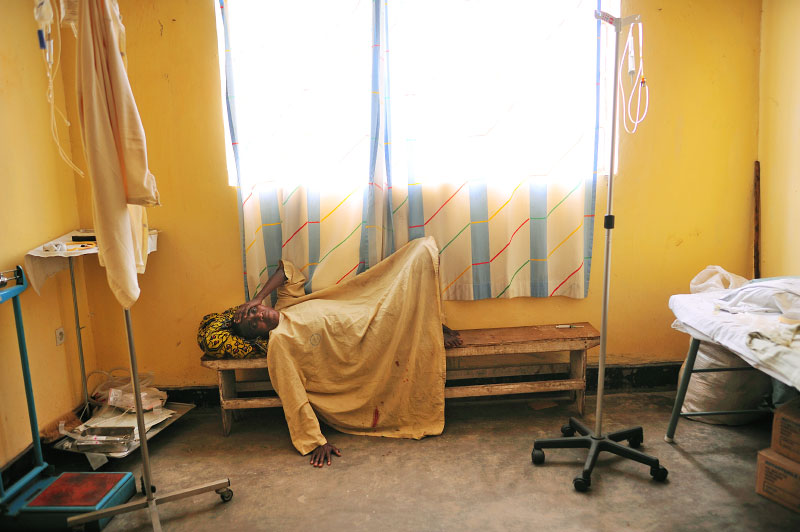 
Keysuba, 50, lies in pain in the waiting room for surgery in the Keyshero medical center in Goma, North Kivu, in Eastern Congo, April 12, 2008. Keysuba was raped in June of last year when she was cultivating in the fields, but is being treated now for ovarian cancer, which she didn't know she had. She assumed her pain was from the rape, and it was not until a nurse told her in this moment that she had cancer that she learned she was having a histerectomy. An average of 400 women per month were estimated to be sexually assualted in the autumn of 2007 in eastern Congo, while in the first months of 2008, the figure dropped to an average of 100 women per month. This said, many women never make it to treatment centers, and are not accounted for in these statistics.