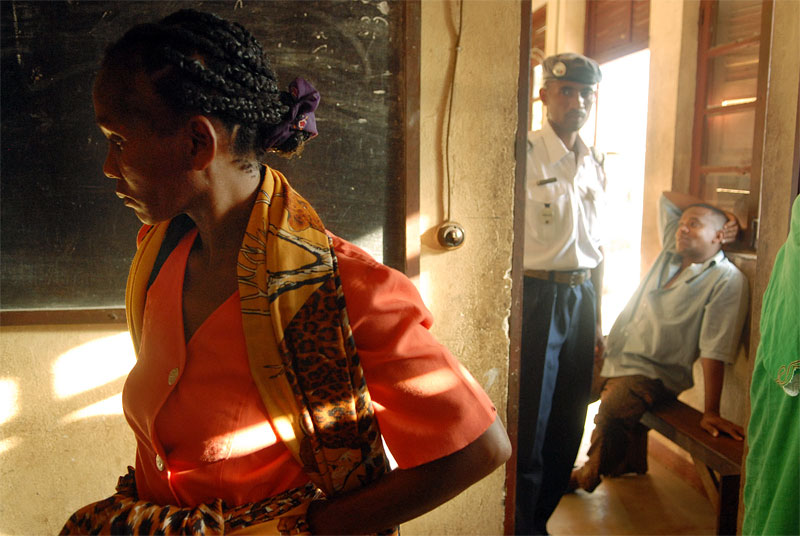 
Jaozandry Mbotiliza, the mother of Kenia Moravelo, stands frustrated in the police station where her family filed two separate reports on the rape of her daughter-- both which were subsequently lost by the court in Antalaha where they were sent--as she follows up again on the case at the main police station in Sambava, in north east Madagascar, November 2, 2006. Kenia's family has been trying to prosecute Kenia's uncle, the alleged perpetrator, for sodomy on Kenia when she was 8 years old, and their case mysteriously disappeared. Kenia has spent the last three years in and out of the hospital, and in several surgeries, and remains both physically and emotionally traumatized. Like many families in Madagascar, Kenia's family is very poor, and does not have neither the resources to follow up on the case.