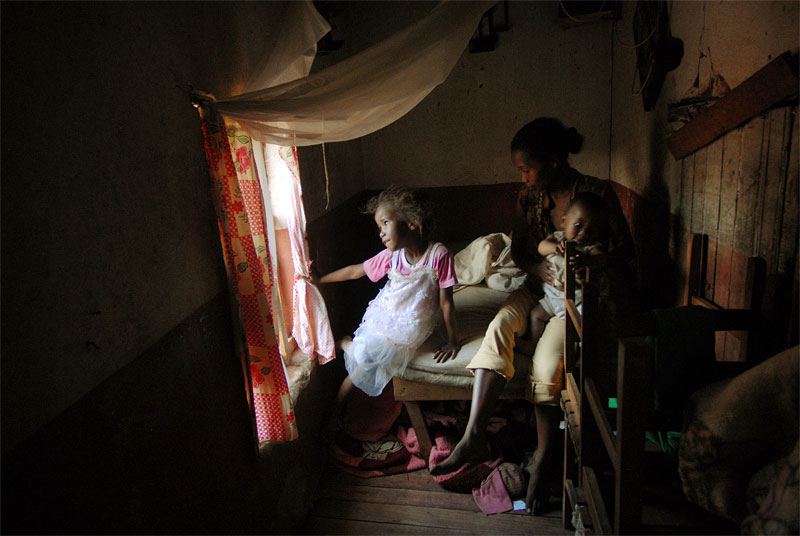 
Menja, 5 years old, sits with her mother, Domoina Rahahntanirina, and her brother, in their room in the slums of Antananivarro, Madagascar, November 9, 2006. Menja was molested by her uncle one night, and told her mother of the crime, and subseqently identified him in court as the perpetrator. Domoina, who lives with her four children in this one room, did not have enough money to pay the $15. fee for a medical exam for her daughter, facing the same dilemma as many poor Malagassy who do not have enough money to file a case for a victim of sexual assault. She eventually came up with the money, and the husband of her sister, the perpetrator, is now in jail.