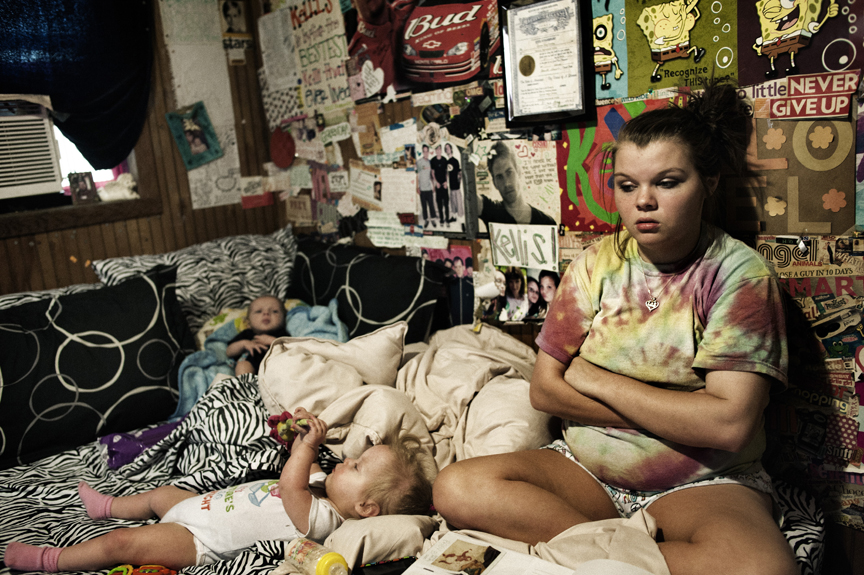 Maranda Corely, 19, sits in her bedroom with her three childrenin their bedroom in Ellisville, Mississippi, June 2, 2012. Maranda got pregnant for the first time when she was 15, had twins that were born prematurely, and with serious disabilities, and four months ago, had a third child. Her aunt, Kelli Shoemake, 23, also has three children and lives in the same trailer. Mississippi has some of the highest rates of diabetes, obesity, infant mortality, AIDs, among other ailments, in the country, and though millions of federal funds have been thrown at the problems for years, conditions have only gotten worse.