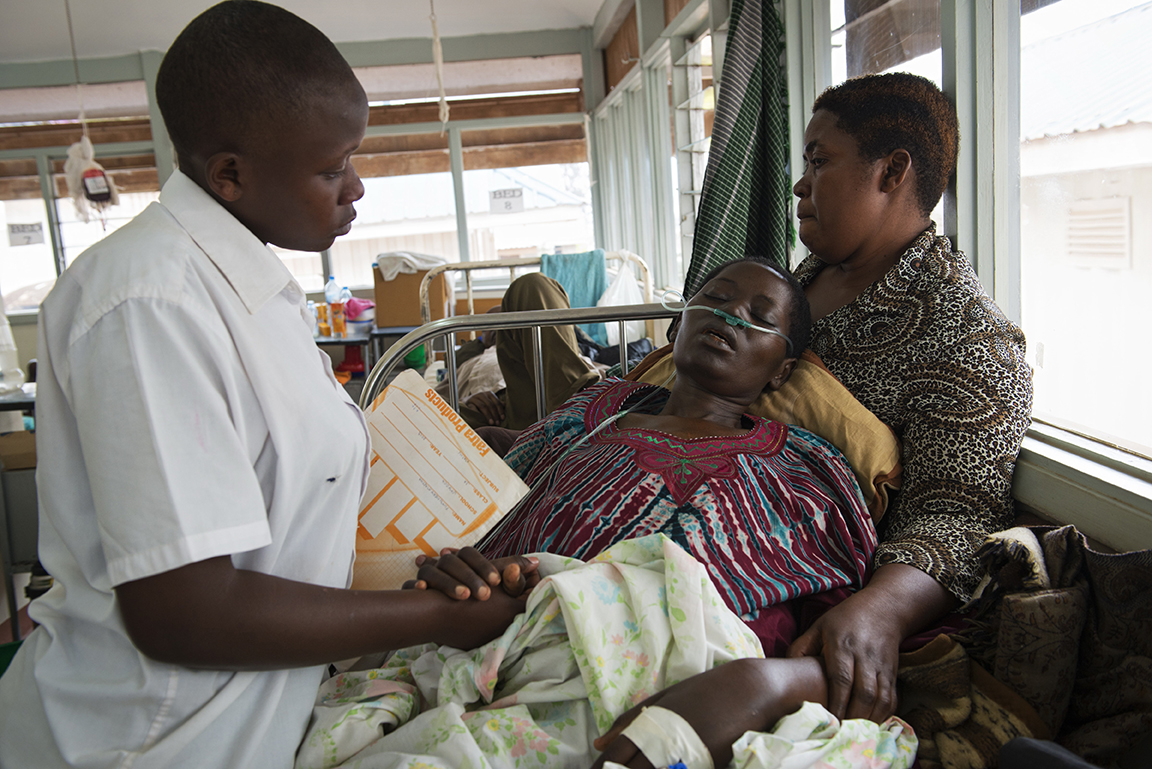 Breast Cancer patient Jolly Komurembe, 38, lies dying as her sister, Peace Magoba, cares for her, and Jolly's daughter, Martha Tumuhekyi, 15, says goodbye for the last time before going back to boarding school in the Solid Tumor Ward of the Cancer Institute attached to the Mulago Hospital, in Kampala, Uganda, July 21, 2013. Jolly, who has four children with her husband Robert, found a tumor around two years before while living in the western Uganda district of Rukunghiri. Like so many women in Uganda who don't seek medical care for diagnosis and treatment in the early stages of Cancer, Jolly's cancer was advanced when she finally had a mastectomy in January 2013. These images depict the final week of her life.