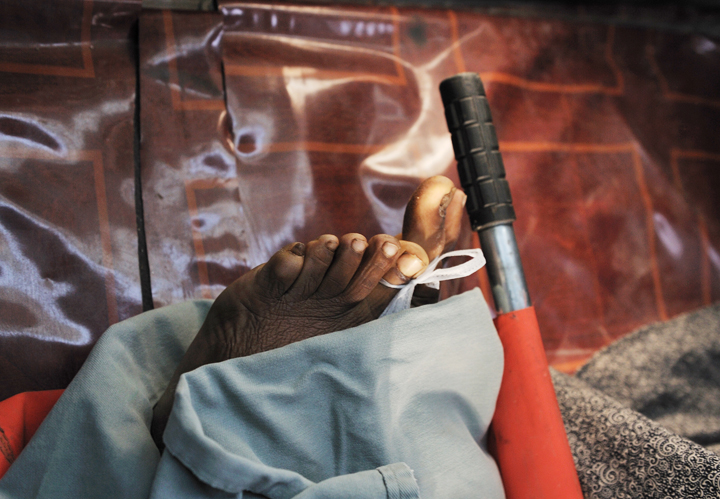 The toes of Gul Zada are tied together at her death in a Muslim tradition believed to send her to paradise as her family escorts her body home for burial from the burn center of the Herat Regional Hospital in Herat, Afghanistan, August 3, 2010. Gulzada, who was about 45 years old, with five children, set herself on fire after being insulted by a relative for not bringing a gift for her son's fiance at a recent relative's wedding. Juma Gul explained that his mother was too poor to buy a gift for the future bride, as he described the hardships of Afghan families.