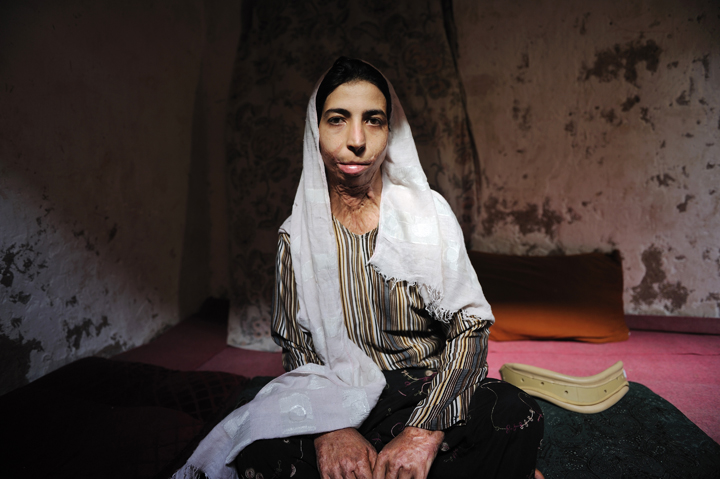 Zahra, 21, poses for a portrait in the room she shares with her mother in Herat, Afghanistan, August 4, 2010. Zahra tried to commit suicide by self-immolation six years prior because she did not want to marry the man her family had arranged for her to marry; her father died when she was young, and she and her mother are poor. Since Zahra burned herself, her fiance has disappeared; in Afghan culture, an engagement is considered on par with marriage, and Zahra can not try to find another husband unless her fiance divorces her.