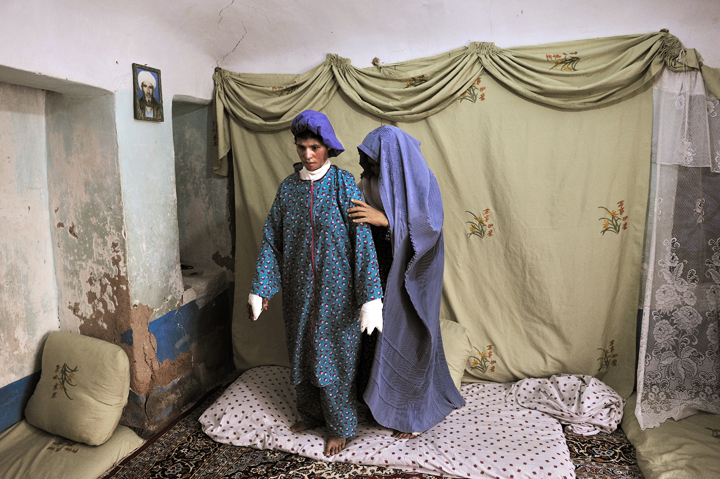 
Farzana is helped to stand up by her mother at home, as they prepare to go to a private clinic in Herat, Afghanistan, August 5, 2010. Farzana tried to commit suicide by self-immolation after being beaten by her in-laws. Farzana and her brother were engaged to two siblings, and when Farzana's brother took another woman, Farzana suffered the wrath of her in-laws as retalliation; she burned herself to escape the abuse. Hundreds, if not thousands, of Afghan women commit suicide by self-immolation each year to escape abusive marriages and in-laws; divorce is considered too shameful of an option for a woman who wants to leave a marriage, and thus suicide is a more viable option. As Afghanistan continues along the path of war and economic recession, the number grows.