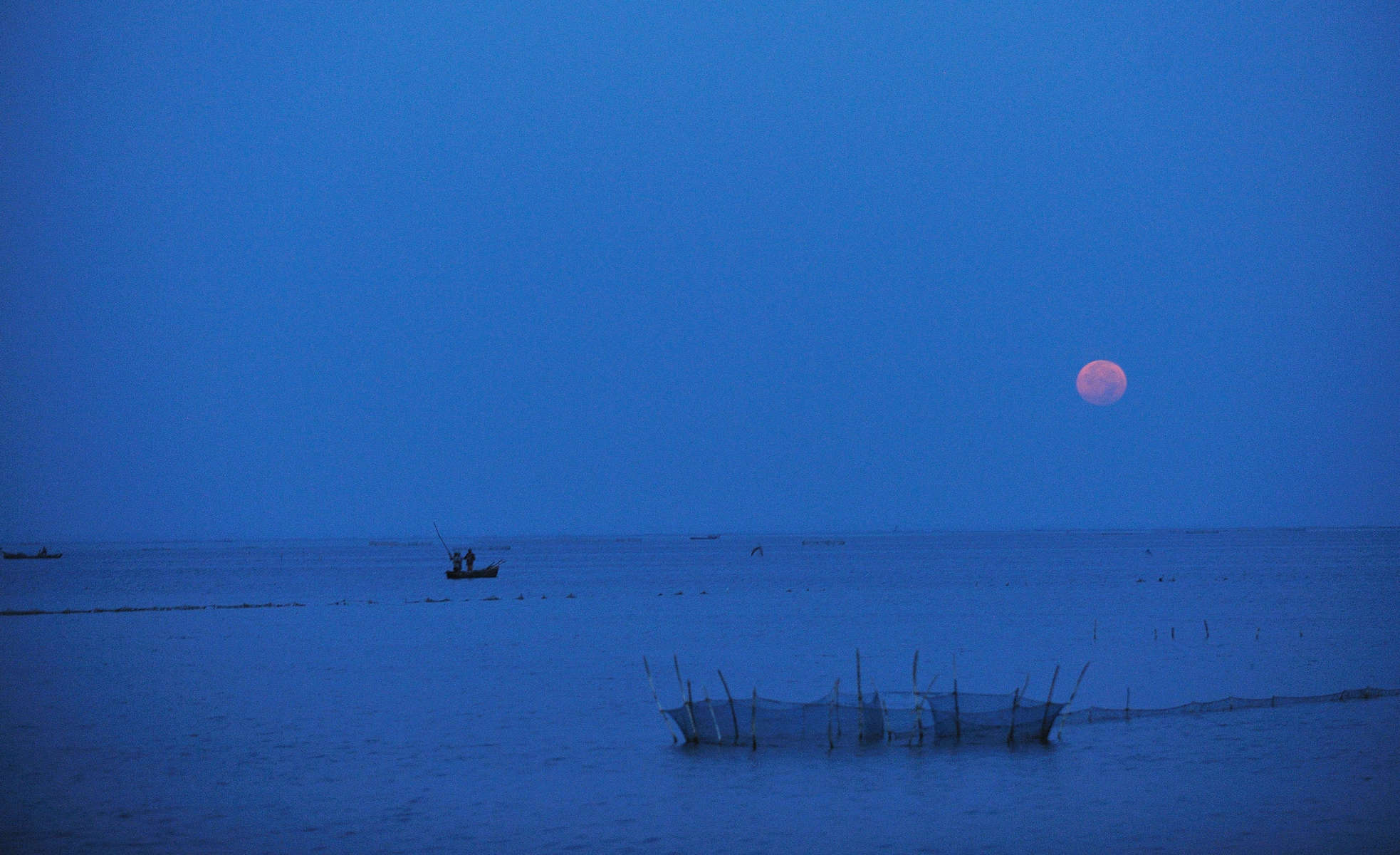 Fishermen fish before dawn in the waters surrounding Jaffna, in Northern Sri Lanka, January 30, 2010. For decades during the civil war between the Sri Lankan government and the Tamil Tigers, or LTTE, Tamil fishermen's work was extremely limited--they were only allowed to fish during specific hours, often not at night, and in places specified by the Sri Lankan Army, which greatly reduced their livelihood. Since the end of the 25-year armed campaign for an independent state for the ethnic Tamil minority, many Tamils have only begun piecing their lives back together: much of the Tamil infrastructure has been destroyed in the war, houses, buildings, and roads are pock-marked and gutted, and many Tamils suffer from the manifestations of both physical and psychological trauma; it is unclear how Tamils will move forward. A great number of Tamil civilians have been injured in cross-fire and thousands have been displaced from decades of war in which some 80,000-100,000 people were killed in the conflict.