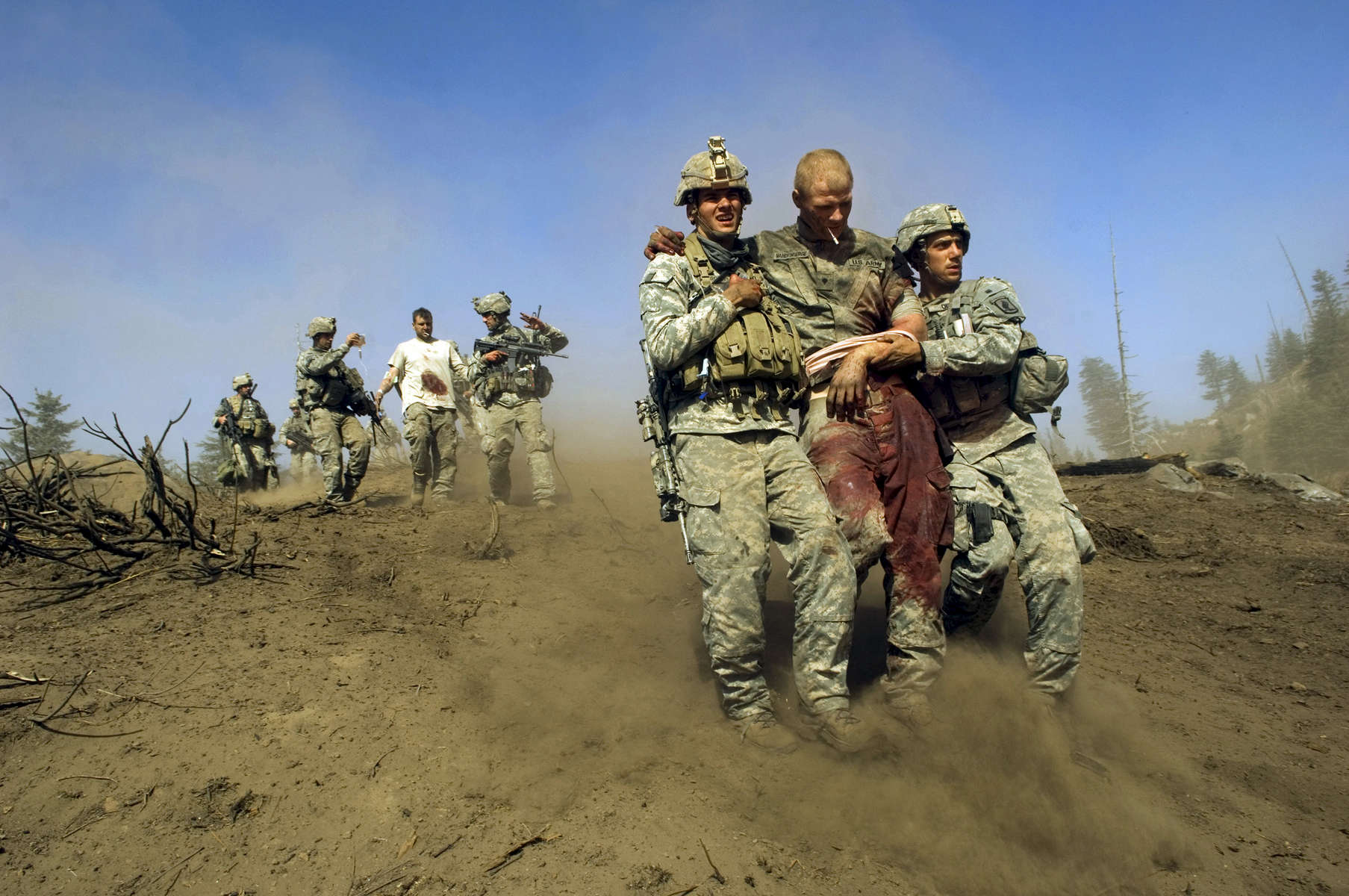 Specialist Carl Vandeberge, center, and Sargeant Kevin Rice, behind, are assisted as they walk to a medevac helicopter minutes after they were both shot in the stomach during a Taliban ambush, which killed one soldier, and wounded both of them while on a battalian-wide mission in the korengal valley on the Abas Ghar ridgeline, looking for caves and weapons caches and known taliban leaders.Spc. Carl Vandeberge and Sgt. Kevin Rice, were flown out immediately for surgery. October 24, 2007. (Credit: Lynsey Addario for The New York Times Magazine)