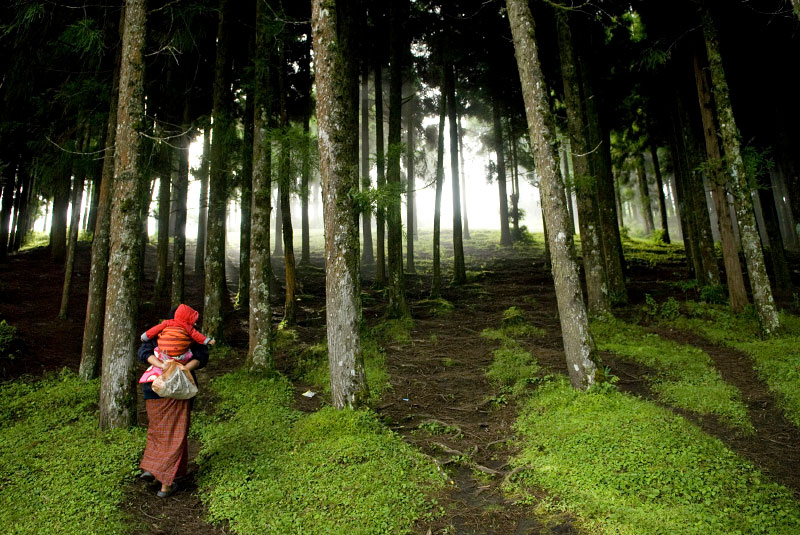 
A woman walks through a forest to her relative's house in Rethung Gonpa village outside of Trashigang, in east Bhutan, August 8, 2007. Nearly 75% of Bhutan is covered by protected national forest as part of the government's plan to promote the environment as one of the pillars of Gross National Happiness. Unlike most modern nations, who rely on Gross national Product as a measure of how well the country is doing by international standards, Bhutan relies on its philosophy of Gross National Happiness: sustainable development, environmental protection, cultural preservation, and good governance; Bhutan has tried to develop infrastructure without exploiting its natural resources (other than hydropower, sold to India as Bhutan’s main source of foreign funds).