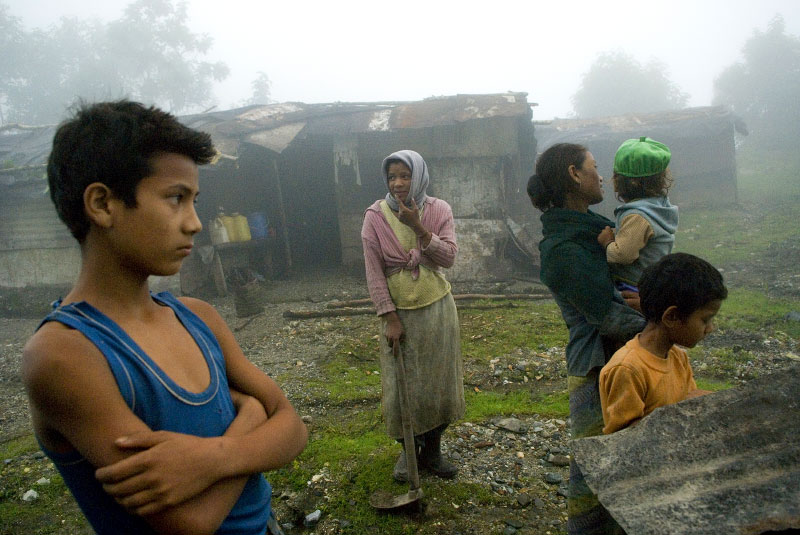 
Indian citizens of Nepalese origin stand in front of the corregated shacks they stay in while working on the roads in Bhutan, a job traditionally reserved for Indians and non-Bhutanese citizens, in the village of Ganglakha, in South Bhutan near the Indian border, July 31, 2007. In the early 1900's Bhutan encouraged Nepali migration to Bhutan, enabling Nepalese work opportunities in the country; as the Nepalese population grew, the Bhutanese elite and ruling class were overwhelmed by the numbers of foreigners, and began to enforce strict cultural assimilation laws, driving the Nepalese to protest and to be marginalized in society. The protests culminated in teh 1980's and 1990's, when eventually many Nepalese were kicked out of the country. Today, ethnic Indians and Nepalese who are not Bhutanese citizens enjoy employment in building Bhutan's infrastructure.