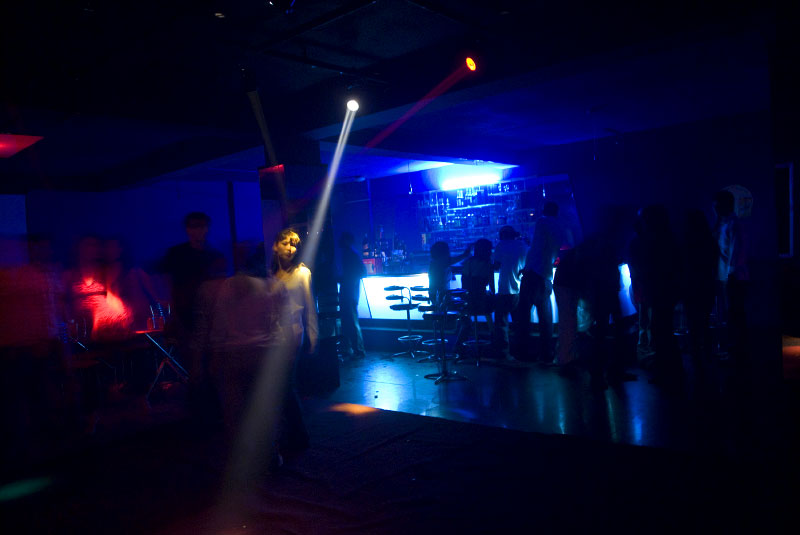 
Young Bhutanese hipsters dance at Space 34 nightclub in downtown Thimphu, Bhutan, July 26, 2007. Since the Bhutanese government opened the country to cable TV in 1999, and started allowing more foreigners to enter Bhutan as tourists annually, Bhutanese have started being influenced on all levels of society by western culture, embracing the 'yuppie' lifestyle and western-style bars and discos. Bhutan, closed to foreign visitors until 1974, is on the cusp of change from a very traditional, isolated country to being more influenced by the west and western values. Many young people in Bhutan have been sent abroad to India, Europe, and America for education, and return to Bhutan in their early twenties to work.